×
Newsyolo.com > Business > A former US billionaire was given an 11-year prison term. 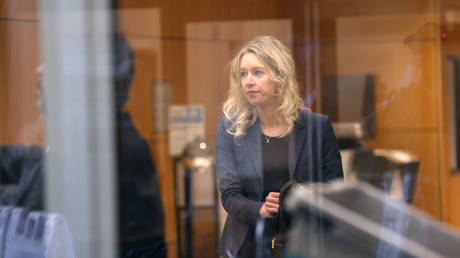 A former US billionaire was given an 11-year prison term.

Elizabeth Holmes, the founder of Theranos, will also be required to pay a $400 million fine.

Theranos, a US startup that provided quick and inexpensive blood tests, was founded by Elizabeth Holmes. On Friday, she was found guilty of fraud and given a sentence of more than 11 years in prison.

A court in San Jose, California allegedly found Holmes guilty of three counts of fraud and one count of conspiracy after she allegedly misled investors about the purported efficacy of her company’s blood-testing technology, according to media reports citing court records. In addition, Holmes was required to pay a $400 million fine.

According to Reuters, the judge gave the sentence and said, “This is a fraud case where an exciting venture went forward with great expectations only to be dashed by untruths, misrepresentations, plain hubris, and lies.”

Prosecutors initially asked for Holmes to be sentenced to 15 years in prison and fined $800 million, reports indicate. Her lawyers asked for the sentence to be lowered to 18 months.

She will likely start serving her sentence in April next year, as she is currently expecting a child. Holmes’ lawyers are now expected to file an appeal and ask the judge to allow her to remain free on bail during the appeal time.

Forbes now estimates the value of Holmes’ assets at $0.