×
Newsyolo.com > Business > According to Politico, the EU has frozen $70 billion in Russian assets. 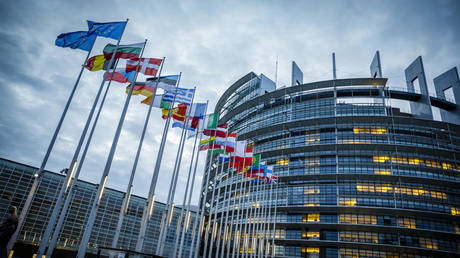 According to Politico, the EU has frozen $70 billion in Russian assets.

According to the outlet, citing an official document, it is still unknown how much of that amount is made up of the nation’s foreign exchange reserves.

According to Politico on Friday, the EU has frozen approximately €68 billion ($70 billion) in assets belonging to Russia, the majority of which are located in Belgium.

The publication cited an internal document that covered a wide range of topics regarding the interactions between the European Commission and Ukraine.

The majority of the frozen Russian real estate, worth €50 billion ($51 billion), is in Belgium, while Luxemburg is home to €5.5 billion ($5.7 billion) worth of it. These two nations, along with Italy, Germany, Ireland, Austria, and France, account for more than 90% of the frozen assets, according to Politico, which cited Paola Tamma, one of the report’s authors.

This amount includes a portion of Russia’s national foreign exchange reserves, which the document estimates to be around €33.8 billion ($35 billion). The exact figure is “now under assessment, so not to be quoted,” the report states.

Sanctions evasion is an EU crime, and the European Commission has long advocated for legislation to recognize this. In the event of a conviction for a crime, such a move would enable member states to take Russia’s frozen assets into their possession. Kyiv has urged its Western allies to seize Russian funds and use them to rebuild Ukraine, but no such decision has been made as of yet.

Russia estimated earlier this year that the West had frozen nearly $300 billion of its foreign exchange reserves. The seizure of its assets has drawn criticism from Moscow, which claims that it essentially amounts to theft.