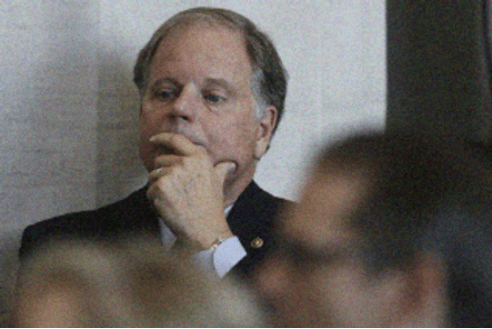 Perkins, 51, passed away quietly at his Birmingham home in the company of his loved ones and close friends, including the senator.

Jones’ Alabama Senate campaign last year was mostly driven by Perkins, who helped turn Jones from a marginal figure to a national cause and flip the first Republican congressional seat under the Trump administration. Jones’s decision to participate in the 2017 special election was convinced by Perkins and fellow senior adviser Doug Turner.

Giles, according to Jones, was the architect, he claimed on Monday. We had a lot of contributors, but Giles was unquestionably the architect who would be in charge of the project.

Perkins was getting chemotherapy at the time of Jones’ historic victory over Roy Moore, a Republican, in 2017. Jones compared his friend to Yoda, the sage Jedi master from the “Star Wars” films, saying that his friend played a calming, disciplined role in the campaign. Perkins’ long-term efforts to elect Southern Democrats during a trying time for the party were vindicated by the campaign. Following Jones’ victory, Perkins offered assistance to Democratic candidates running in competitive Southern contests, including Mike Espy’s 2018 Senate campaign in Mississippi.

Howard Dean, a former chairman of the Democratic National Committee, who knew Perkins for a long time, said of him, “He knew what you had to touch to win Southern voters.” The victory of Doug Jones is a wonderful homage to Giles in many ways.

Perkins was raised in a family active in local politics and the legal system. He was born in Lufkin, Texas. He was a fourth-generation lawyer who attended Southern Methodist University before attending Washington & Lee University, where he also served as student body president, to earn his law degree.

In Birmingham, Alabama, Perkins established his adult life. His drive to combat inequity and racial segregation led him to marry Hillery Head, the CEO of Ram Tool and Supply, and raise three children while participating in state Democratic politics.

In 1995, Perkins managed Richard Arrington Jr.’s reelection campaign. From 1997 to 1999, he served as the executive director of the Alabama Democratic Party. Arrington was Birmingham’s first black mayor. He offered advice to the state’s two governors and other political leaders.

Jones managed Perkins’ unsuccessful 2010 race for attorney general when he was also a candidate for office.

Democratic consultant Joe Trippi, who collaborated with Perkins on Jones’ campaign, recalls asking Perkins over drinks once how he managed to attend every call and every meeting on the campaign’s plan despite being battling cancer. Most patients would be rendered unconscious by the chemotherapy, according to Trippi.

Trippi remembered, his voice breaking, “I’ll never forget that because he looked up at me and stated that it was because he wanted to show his kids how to live.” “And that the best way to do it was to assist Jones in winning the election.”