×
Newsyolo.com > Latest > After the Paralympics were suspended, Russia promised to combat “discrimination.” 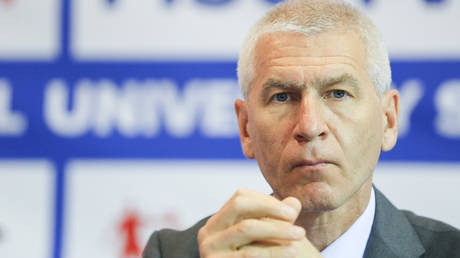 After the Paralympics were suspended, Russia promised to combat “discrimination.”

Russian membership being suspended by the International Paralympic Committee was deemed “unreasonable and biased.”

By suspending the membership of Russia and Belarus, the International Paralympic Committee (IPC) has come under fire from Oleg Matytsin, the Russian Minister of Sports.

The Russian Paralympic Committee (RPC) and its Belarusian counterpart were suspended by the IPC at an extraordinary general assembly on Wednesday in Germany due to their alleged “inability to comply with their membership obligations under the IPC Constitution.”

In Russia, where officials claim that the IPC is continuing a campaign of politicizing sport and discriminating against Russian and Belarusian athletes, the decision has sparked an outraged response.

On Thursday, Sports Minister Matytsin vowed that his group would keep advocating for the rights of the country’s athletes.

In remarks obtained by RIA Novosti, Matytsin claimed that “the removal of the Russian Paralympic Committee appears to be an unreasonable and biased decision by the IPC.”

“The International Paralympic Committee claims that the membership requirements have not been met, but not a single piece of supporting documentation has been offered.

“The IPC shows that there is no equality by going against its principles. We will continue to fight against prejudice against Russian athletes and the RPC because we are not willing to accept the outright politicization of sport.

Martin added that his ministry would continue to coordinate activities for Russian Paralympians with other domestic organizations.

With 16 national committees abstaining, the suspension of the RPC by the IPC was approved by a vote of 64 to 39. In a separate vote, the Paralympic Committee of Belarus was disbanded by a margin of 54-45 with 18 abstentions.

Russia and Belarus are permitted to challenge the ruling. If they fail, the suspension won’t be reviewed again until the IPC General Assembly, which isn’t until the last quarter of 2023.

The suspension seriously jeopardizes the hopes of Russian and Belarusian athletes competing in the Games, which will serve as qualifying events for the 2024 Paralympics in Paris.