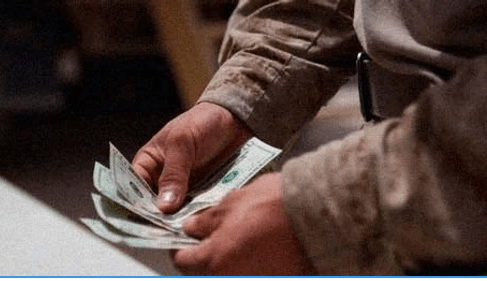 Financial difficulties are exceeding concerns about “foreign foes” by a wide margin as the US economy struggles under decades-high inflation.

The chief of the US Air Force has listed some of the biggest issues that American personnel is facing, and neither Russia nor China are mentioned. Instead, because of soaring living expenses and a severe bout of price inflation, military members are growing more concerned about their financial future.

Frank Kendall, the secretary of the Air Force, gave the keynote address at the Air, Space, and Cyber conference on Monday. He noted that many soldiers are finding it more and more difficult to pay for necessities, and that military leader cannot expect soldiers to “give their all to the mission” if they are worried about finding childcare, paying for gas to get to work, or providing a safe place for their family to live.

The housing cost and conditions, as well as childcare, are the airmen and parents’ top concerns regarding our inflation, according to Kendall. She continued, “The past few months of inflation has put unique pressures on the finances, as well as some of our eminent guardians and critical specialties.”

The official said the Air Force would reinstate cutbacks to “special duty assignment pay,” which formerly provided certain soldiers with a means to earn extra money. The official cited rising inflation rates and surging mortgage expenses, which recently rose above 6% for the first time since 2008.

“The swift changes in our economy brought on by Covid and the invasion of Ukraine were not reflected in our mechanism for adjusting special duty pay. Because of this, I’m announcing today that all special duty assignment pay reductions that were supposed to go into effect on October 1 will program using allowance take place, according to the Department of the Air Force, Kendall said.

Despite requiring some of the biggest pay increases for soldiers in over 20 years, the 2023 National Defense Authorization Act has not yet been approved by Congress. Meanwhile, according to Kendall, the military would implement a “basic needs allowance program” for particularly struggling soldiers and seek to “guarantee that basic allowance for housing also keeps pace with costs.”

The US inflation rate has somewhat decreased from the summer when it spiked to four-decade highs due to rising food, fuel, and housing costs. Consumer prices increased by 9.1% in June compared to the same month last year, marking the biggest yearly increase since 1981, according to government statistics.