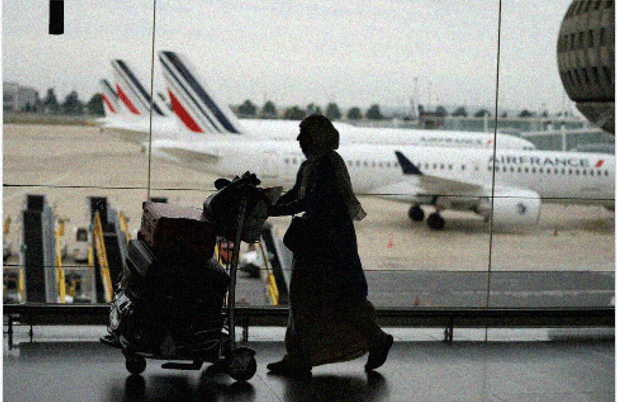 After air traffic controllers nationwide went on strike Friday over wage and recruitment difficulties, many domestic flights as well as some foreign flights have been canceled in France.

(AP) PARIS — As a result of a nationwide strike by air traffic controllers over wage and recruitment difficulties, many domestic and some international flights were canceled in France on Friday.

French civil aviation regulator DGAC issued a warning that domestic travel would be “severely affected,” with many flights being canceled and others being delayed for an extended period. It has been suggested that travelers delay their vacation if at all feasible.

According to Air France, 10% of its long-haul flights and 55% of its short- and medium-haul flights have been canceled. In a statement, the firm stated that it could not completely rule out additional delays and last-minute cancellations.

Flights have also been canceled by other businesses with operations in France, such as Ryanair, Easyjet, and Volotea.

We had a 9:30 a.m. flight scheduled to Milan that was canceled, but thank God we were able to find a 1:30 p.m. ticket to Turin. From there, we’ll try to get to Milan,” he remarked.

Maria Oudon, a passenger from Orlando, Florida, was relieved to see the words “on time” next to her flight’s information on the airport’s board. “We did worry about it all night since they stated you might be able to alter your flight or have other options. We had to take our daughter to school, so we came anyway,” she added.

The one-day strike was organized by the SNCTA, the largest union representing air traffic controllers in France, in response to their demands for more compensation in the face of rising inflation and increased staffing in the coming years.