×
Newsyolo.com > Business > Airlines 4 | 500 Flights in Italy Are Cancelled Due to 4-Hour Aviation Strikes 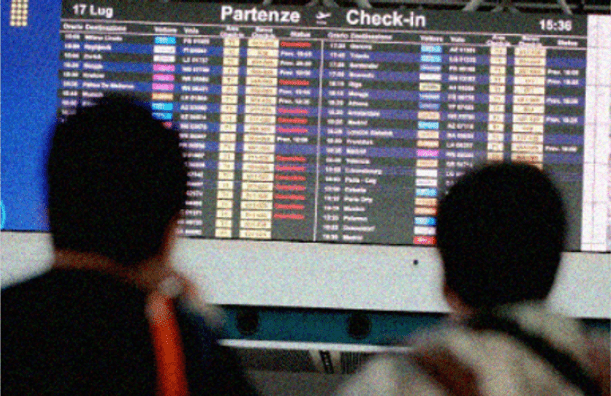 A four-hour strike combining low-cost airlines and air traffic controllers resulted in the cancellation of several hundred flights in Italy on a day when tourists were traveling in large numbers.

(AP) ROME — On Sunday, a popular day for vacation travel in Italy, many flights were canceled as a result of four-hour walkouts by air traffic controllers and workers from low-cost carriers.

About 500 flights were canceled, a union official named Fabrizio Cuscito told Italian state television. According to him, airline employees want greater salaries as well as better working circumstances, such as meals during long shifts.

The strikes, according to the Italian transport ministry, were called by employees of Ryanair, EasyJet, and Volotea airlines. The air traffic controllers’ walkout, which lasted four hours as well, commenced an hour before that strike at 2 p.m. (1200 GMT).

Italy’s airports have suffered less disruption this summer compared to those in other Western European nations. This is mostly because many Italian airline and airport employees earned government benefits while not working during the COVID-19 pandemic, as opposed to losing their jobs, as frequently occurred in other nations.

This summer, when travel demand skyrocketed, several airlines and airports struggled to staff up quickly enough to handle the influx of passengers.