×
Newsyolo.com > Business > Airstrike | There is a strike in France that impacts thousands of passengers. 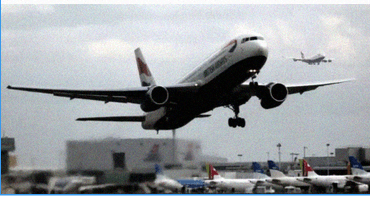 Airstrike | There is a strike in France that impacts thousands of passengers.

A French air traffic control strike is expected to have a significant impact on tens of thousands of travelers on Friday.

80,000 people were impacted by Ryanair’s cancellation of 420 flights, most of which were planned to fly through France.

Air France announced that it will only operate 45% of its short-haul flights, while British Airways canceled 22 flights and EasyJet slashed 76 flights.

Separately, the state funeral for Queen Elizabeth will change 15% of the Heathrow Airport schedule on Monday.

There will be flight cancellations, including 100 British Airways flights and 4 Virgin Atlantic flights, to keep the skies over London calm during the celebrations.

The SNCTA air traffic control union is on strike in France over a dispute over pay, as inflation climbs, and hiring.

According to Ryanair, all impacted guests have been informed. Typically, the low-cost airline runs over 3,000 flights per day.

The operations director of Ryanair, Neal McMahon, referred to it as “inexplicable” because “thousands of European nationals and visitors’ travel plans will be unfairly interrupted.”

It is unacceptable, he continued, that travelers who aren’t even traveling to or from France are interrupted.

He claimed that domestic flights within France are protected by French law, but flights over the nation are not.

EasyJet, a budget competitor, claimed that flights were canceled at the behest of French authorities.

EasyJet apologized to its passengers for any trouble they may have caused, saying that the situation was beyond its control.

In addition to the 22 Heathrow-bound flights that were canceled, British Airways warned that there might be some more delays on Friday.

Only 45% of Air France’s short- and medium-haul, and 90% of its long-haul, flights are now in service. It also cautioned that cancellations and delays could happen at the last minute.

According to the French civil aviation regulator DGAC, flight cancellations apply to all of France. To assist airlines in avoiding the nation’s air space, it further stated that it was currently collaborating with the European aviation safety agency Eurocontrol.

Summer travel around Europe was severely hampered by strikes in the airline sector, which also affected ground and cabin crew members working for salary increases to cover rising living expenses amid high inflation.

Separately, Heathrow Airport announced that the Queen’s burial might alter the flight schedule for Monday.

All takeoffs and landings on Monday will be delayed for 15 minutes before and after the two-minute moment of silence that will follow the burial, according to Heathrow.

After that, there won’t be any arrivals between 13:45 and 14:20 for the hearse procession and no departures between 15:03 and 16:45 for the formal procession to Windsor Castle via the Long Walk.

Departures will be lowered between 16:45 and 21:00 to facilitate the committal service at St. George’s Chapel.

To reduce noise during the private family service and internment, it was also announced that flights would be diverted around Windsor Castle.

Due to guidelines from the Civil Aviation Authority, customers whose flights are severely delayed or canceled on Monday as a result of modifications at Heathrow will not be legally eligible for financial compensation. This is due to the likelihood that these may be regarded as extraordinary circumstances.

Airlines do, however, provide passengers with refunds or new reservations.