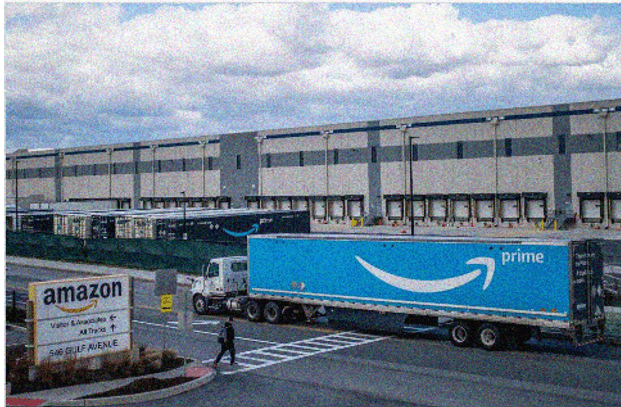 Off-duty warehouse employees are not permitted inside Amazon’s buildings.

Staff is prohibited from entering buildings or other working areas on their regular days off, as well as before or after their shifts, according to a policy shared with employees on Amazon’s internal app.

The regulation, according to an Amazon spokesman, does not prevent off-duty staff from conversing with their coworkers in “non-working places” outside of the company’s premises.

Nothing is more crucial than the physical security of our buildings and the safety of our employees, according to Amazon spokesperson Kelly Nantel. The working spaces and building interiors are covered by this access policy. It does not restrict access for employees to places outside of our facilities that are not for work.

According to the Thursday-dated notification of the new policy, the off-duty rule “will not be applied discriminatorily” against workers who wish to organize. However, organizers claim that the policy itself will make it more difficult for them to win over coworkers to their causes.

In response to the labor victory in Staten Island, New York, where employees at an Amazon warehouse decided to unionize in April, Rev. Ryan Brown, an Amazon warehouse worker in Garner, North Carolina, said, “On our days off, we come to work and we engage our coworkers in the break rooms.

This was a direct reaction to that, Brown claimed, to try to prevent organizing by any means necessary.

Amazon, situated in Seattle, used to restrict staff access to common areas after 15 minutes before or after their shifts. When the business reached a deal with the National Labor Relations Board in December to permit employees to organize more freely, it revoked that policy. If it decides to “reinstate a valid restriction regarding off-duty employee access” to its facilities, Amazon also pledged to notify employees in advance. The NLRB spokeswoman declined to comment on the new policy implemented by the business.

Amazon stated that it worked hard to provide a safe workplace for staff in the notification it sent out to workers. Knowing who is present in our buildings at any given moment would help us swiftly locate and identify everyone in the event of an emergency, according to the notification.