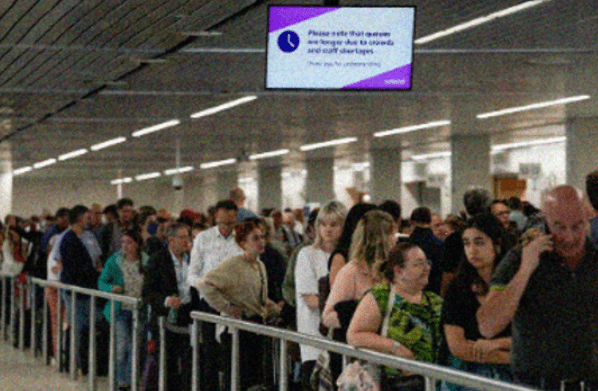 Schiphol Airport in Amsterdam has launched a compensation program for passengers who missed their flights due to lengthy delays that have plagued the busy European hub for months.

THE HAGUE, Netherlands – Schiphol Airport in Amsterdam has launched a compensation program for passengers who missed their flights due to lengthy delays that have plagued the busy European hub for months.

The program is for people who arrived at Schiphol on time but missed their flight because they were stuck in line from April 23 to August 11. It covers costs such as rebooking a flight or booking a replacement flight, additional travel expenses, and lodging, transportation, and activities booked at the travelers’ destination.

Schiphol did not disclose the cost of the compensation program.

The plan was welcomed by the Dutch Consumers’ Association.

“We investigated the possibility of a mass claim and then spoke with Schiphol.” “Our collaborative efforts resulted in this arrangement, which has benefited a large group of consumers,” said association director Sandra Molenaar in a statement posted on Schiphol’s website.

Heathrow announced on Thursday that a daily cap on the number of departing passengers has alleviated the travel crisis at Britain’s busiest airport. It apologized to passengers whose travels were hampered by staff shortages last month.