×
Newsyolo.com > Political > Arizona rally| At a rally in Arizona, Trump sticks to his phoney electoral claims. 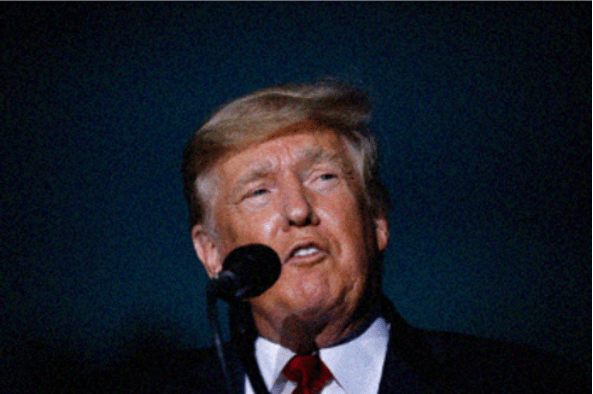 Arizona rally| At a rally in Arizona, Trump sticks to his phoney electoral claims.

On Saturday, former President Donald Trump held his first rally in Arizona since the 2020 election to support the partisan audit of presidential ballots cast there.

Trump continued to spread unfounded rumors about the election he lost to Joe Biden while praising what he dubbed Arizona Senate Republicans’ “complete forensic audit” of results in Maricopa County while speaking at a Turning Point Action event in Phoenix.

“I foresee when the ballots are counted… They’re going to be so awful, in my opinion. I think the outcomes will be so absurd,” he said, pledging to keep fighting in further politically motivated audits around the nation.

He said, “This is simply the beginning of the irregularities,” listing a long list of complaints about the polls, none of which his legal team was able to prove in court after the election. “We’re no longer discussing Arizona. It’s the United States of America that we’re discussing.

The study carried out by a business called Cyber Ninjas, whose creator has supported Trump’s accusations of a stolen election, has been fiercely resisted by the Republican-controlled Maricopa County administration.

In a series of press releases released from his post-presidency estate in Mar-a-Lago, Trump frequently praised the work of the Arizona Senate’s audit. Trump remarked, “You’ve started a movement throughout the nation.

He inexplicably cited Texas, a state he easily won, along with ongoing efforts to call into question the results of the long-established elections in Michigan, Georgia, Pennsylvania, and Wisconsin, saying, “I’m hearing Texas wants to undertake a forensic audit.”

Reps. Andy Biggs, Debbie Lesko, and Paul Gosar, all from Arizona, were among the earlier speakers and backed Trump’s statements on electoral fraud.

While praising his popularity and potential for success should he decide to run for office, he placed further doubt on the outcomes of the 2022 midterm elections and the 2024 presidential election. Trump once erroneously said he might run for office again before the next election.

Aiming for the media for covering Biden and his son, Hunter, throughout the race, he declared, “Like it or not, we are becoming a Communist county.”

He attacked Biden on the Nord Stream 2 pipeline, which travels through Ukraine from Russia to Germany. He praised the Covid initiatives taken by his administration but did not promote immunizations.

The former president’s fans particularly booed him loudly for his comments on his former vice president.

Regarding Pence confirming his defeat in the election, Trump said, “I only wish that my friend Mike Pence had that additional bravery to send the results back to the legislatures.”

The jeers were possibly only surpassed by those that followed Trump’s promotion of the recent Olympic loss by Sweden to the “woke” United States women’s soccer team.