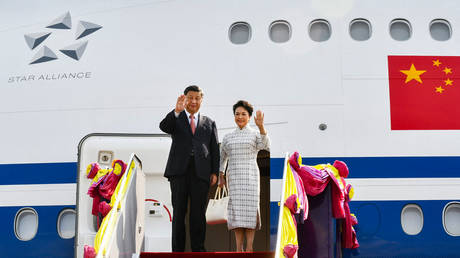 Asia-Pacific is where the 21st century belongs, says Xi Jinping

The Chinese president claims that the area shouldn’t be used as an “arena for a big power contest.”

The Asia-Pacific region, according to Chinese President Xi Jinping, is “no one’s backyard,” and he called for greater regional cooperation on development and security. As soon as Xi arrived in Thailand for the Asia-Pacific Economic Cooperation summit, he released written remarks he had made.

Xi stated that “no attempt to wage a new cold war will ever be allowed by the power or by our times,” adding that “the Asia-Pacific… should not become an arena for a big power contest.”

He contends that any attempt to alter or even destroy the supply chains that have developed in the Asia-Pacific over many years will only result in a dead end for the region’s economic cooperation.

The Asia-Pacific century is the twenty-first century. Members of this region have made significant progress toward economic development, and Xi emphasized that in the coming years, we will undoubtedly write an even more impressive chapter.

In this regard, the Chinese leader made a six-point proposal, which included strengthening the basis for peaceful development, adopting a people-centered development strategy, pursuing higher levels of openness, aiming for higher-standard connectivity, creating stable and unhindered industrial and supply chains, as well as promoting economic development.

About 60% of the world’s population and almost 50% of the world’s economic output are located in the Asia-Pacific region. It is thought to be a center of international trade and one of the regions of the world with the fastest growth.