×
Newsyolo.com > Business > Bank news | World Bank: A global rate increase might lead to a recession in 2023 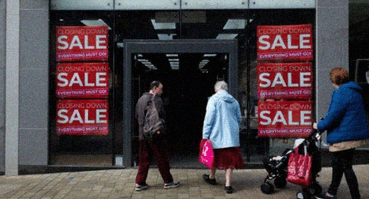 Bank news | World Bank: A global rate increase might lead to a recession in 2023

According to the World Bank, interest rate increases by central banks around the world could lead to a global recession in 2023.

To combat rising prices, central banks have increased rates “with a degree of synchrony not witnessed over the preceding five decades,” the report said.

But it also raises the cost of borrowing, which can impede economic expansion.

The US Federal Reserve and the Bank of England are both likely to raise major interest rates next week, so the World Bank’s warning comes before their meetings.

The World Bank reported on Thursday that the post-recession recovery of the world economy had reached its worst downturn since 1970.

The three biggest economies in the world, the US, China, and the euro area, were stated to have been dramatically slowing down, according to research.

According to the report, even a slight blow to the world economy over the upcoming year might send it into a recession.

Economic troubles are already showing their first signs. FedEx, the world’s largest delivery company, cautioned investors on Thursday that a sudden and unexpected downturn in business, particularly in Asia and Europe, would result in revenue falling by hundreds of millions of dollars short of expectations.

In reaction to the decline in demand, the company declared it will close hundreds of offices and scale back its operations.

FedEx shares dropped more than 20% as a result of the announcement, which caused a broad sell-off of the stock. Other shipping companies’ stock prices also dropped, including those of Amazon, Deutsche Post, and Royal Mail.

To “lower the degree of tightening needed,” the World Bank urged central banks to coordinate their initiatives and “convey policy choices properly.”

The rate of price growth, or inflation, just reached a 40-year high in the US and the UK.

Demand increased as constraints related to the pandemic loosened, while costs for electricity, fuel, and food rose as a result of the conflict in Ukraine.

In response, interest rates have been increased by central bank policymakers to reduce demand from consumers and companies.

However, significant rate hikes raise the possibility of a recession because they might slow down the economy.

However, they have previously coordinated their efforts to assist the world economy.

In 2007, a subprime mortgage crisis in the US catalyzed a global financial catastrophe.

Following the failure of the Lehman Brothers investment bank in September 2008, this turned into a full-fledged crash.

A month later, the Fed, the European Central Bank, and the Canadian, Swedish, and Swiss central banks all reduced their benchmark interest rates in unison.

They stated in a statement that “the financial crisis deepening has increased the negative risks to GDP and, as a result, has lowered further the positive risks to price stability.”

Therefore, they continued, “some loosening of international monetary conditions is necessary.”