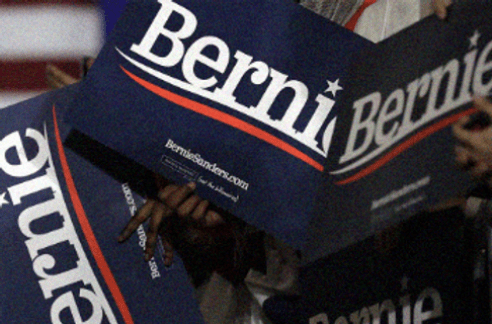 Party activists are pushing Democratic candidates to replicate their progressive ideas within their campaigns, and Sen. Bernie Sanders’ 2020 campaign announced on Friday that it will be the first significant presidential campaign to employ an unionized workforce.

Bernie Sanders’s campaign manager, Faiz Shakir, declared in a statement that Sanders is the most pro-union candidate in the race and would be the most pro-union president in the White House. “We’re proud that his campaign will be the first to have an unionized crew,” Shakir added.

Mark P. Federici, president of UFCW Local 400, stated in a statement that he anticipates the decision would result in wage parity, transparency, and “same treatment for every worker, whether they’re in Washington, D.C., Iowa, New Hampshire, or anywhere else” for Sanders’ campaign.

Federici stated that negotiations for a collective bargaining agreement will “begin as soon as feasible” and that the union will represent all personnel with lower ranks than deputy directors.

In addition to Sanders, ex-HUD Secretary Julián Castro has promised to pay all campaign employees a minimum wage of $15 per hour and to assist his team if they wish to organize.

As staffers fought for better pay and working conditions during the 2018 midterm elections, over 20 Democratic campaigns and numerous state parties unionized under the Campaign Workers Guild and other organizations. This action was part of a larger activist push on the party and its elected officials to adhere to the minimum wage and union policies they support when it comes to their staff.

“While the Campaign Workers Guild has reservations and questions concerning the unionization process being engaged in by Bernie 2020 management, their latest announcement shows that we have succeeded in changing the status quo,” the Campaign Workers Guild stated in a statement. Even on the biggest campaigns, all campaign workers will be organized into unions and work together for their overall empowerment.