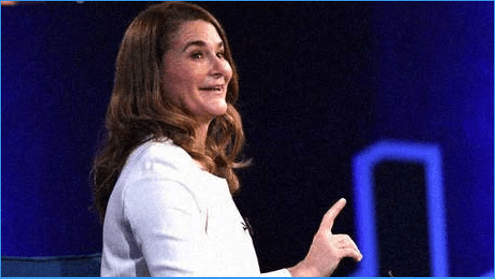 Melinda French Gates has suggested that there are too many white men in high-ranking positions in the US.

Melinda French Gates, a philanthropist and the ex-wife of Microsoft co-founder Bill Gates, has accused white men of being responsible for Washington’s political failings, such as the absence of a strong social safety net for Americans.

You have to be honest: There are still too many powerful males on Capitol Hill in the United States, French Gates said in an interview with Fortune magazine that was released this week. The issue may be resolved by electing more women and people of color to the office, she continued. “It shouldn’t be the case that we are the only industrialized nation without a comprehensive paid family medical leave program.”

Despite significant recent increases in the number of women and non-white people sitting in Congress, French Gates nevertheless made her remarks. According to data gathered by the Congressional Research Service, women now represent 28% of US House and Senate seats, and the current Congress is the most racially diverse in American history. Non-white people occupy more than 27% of the seats.

According to French Gates, “a lot of times, we think we’re going to get there on gender equality, that we might move the needle a little bit.” We increase by one or two percentage points and declare, “Okay, we’re on our road to empowerment.”

In contrast, according to research released this week by the Bill & Melinda Gates Foundation, gender equality won’t be achieved until at least 2108, which is “three generations later than we’d hoped.” The lack of campaign finance for female politicians relative to their male counterparts, according to French Gates, is a “huge concern.”

Seven years after gaining work at Microsoft, French Gates married her husband, who was the richest man in the world at the time, in 1994. Bill Gates was accused of having an extramarital affair, and there were disagreements regarding his friendship with Jeffrey Epstein, a convicted pedophile when the couple announced their divorce last year.

French Gates, who is pressing President Joe Biden’s administration on domestic policy matters including infrastructure investments and paid family leave, emerged from the divorce as a self-made wealthy philanthropist and political activist.