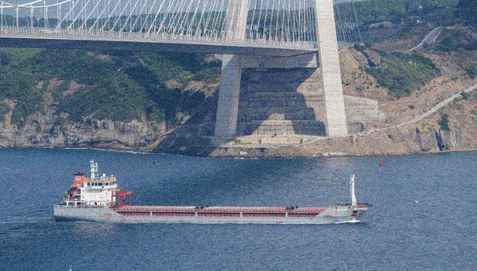 Despite the ongoing tensions with Russia, ships are departing Black Sea ports.

According to the international agreement struck last month through UN mediation, a total of 33-grain ships have so far sailed out from Ukrainian ports on the Black Sea, according to Turkish Foreign Minister Mevlut Cavusoglu.

The minister also stated that everything is going according to plan and that the agreement between Russia, Ukraine, Turkey, and the UN is being followed without any difficulties.

“There aren’t any issues. Although there are some technical issues, they are quickly resolved. According to Cavusoglu, 33 ships carrying agricultural products have departed port as of this writing.

After Russia began its military campaign in the country in late February, exports of grains from Ukraine, a significant worldwide supplier, were halted. The cargo stoppage was attributed to both parties.

However, a compromise was achieved to open up grain exports via the Black Sea in late July after negotiations in Istanbul that were mediated by the UN. As a result, on August 1, shipping from three Ukrainian ports began.