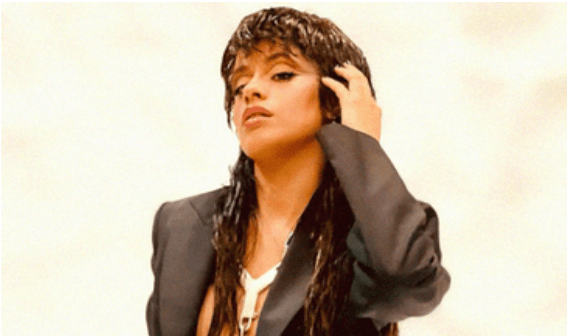 Popular singer Camila Cabello writes a lengthy statement on her Instagram account about her difficulties with body image. The singer admitted that she frequently feels “self-conscious” when seen in public wearing a bikini. She also criticized society for establishing unattainable standards for what women should look like. After being photographed in a bikini on a Miami beach the day before, the Bam Bam singer wrote a letter. She posted a lengthy message on her Instagram account, saying, “Every time I go to this beach club in Miami, I get papped. Somehow, when I check in, paps know and get me in my bikini, and every time, I’ve felt super vulnerable and unprepared. I’ve worn bikinis that were too small and didn’t give it a second thought, then saw pictures online and comments and been so upset.”

Camila Cabello explained in her statement how she had to persuade herself when the unfavorable remarks affected her self-esteem. “When it affected my self-esteem, I had to remind myself that I was not thinking my thoughts, but rather those of the culture. A culture that has become accustomed to an idea of what a “healthy” woman’s body should look like—an idea that is utterly untrue for many women, “Read the note.

“When we take a deep breath, eat a meal, or let the waves jostle us around, our bodies are present and in their natural form. Photoshop, restricting nutrition, excessive exercise, and angle selection change how they appear. This is something I constantly remind myself of, I listen to podcasts on intuitive eating, and I follow people who accept their cellulite, stretch marks, belly, bloating, and weight fluctuations, and yet, here we are. I want to feel confident in how I look because I’m a single lady in my 20s doing a tonne of promotion “The note went on.

The Senorita singer also mentioned how she avoided eating anything too substantial today because she planned to go to the beach. Added she, “When we walk outside into nature, we are supposed to unwind and rest, but I was unable to accomplish that. I attempted to ignore them, but I was unable to do so, so I held my breath as I moved from my sun lounger to the water.”

Camila went on to say that she wanted to regain the beach feeling she had when she was seven. “I gazed at a group of toddlers who were laughing with delight as the waves knocked them over; there were no sunglasses, jewelry, or other adornments; just the purity of children, which is the emotion I have always sought out in nature.”

Camila Cabello has already spoken up about her physical challenges. Camila posted a lengthy piece earlier this month about the “yearning feeling of belonging.” The Havana singer also reacted angrily to attempts to body shame her in 2019.