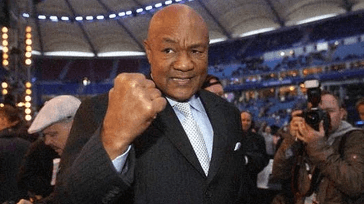 Boxing | Accusers of sex abuse are “blackmailing” a boxing champion.

In response to allegations that he sexually assaulted them in the 1970s, former world heavyweight boxing champion George Foreman has alleged that two women are attempting to blackmail him into paying millions of dollars.

According to sources close to Foreman, the women are now thinking of suing him after the claimed attempt to extort the 73-year-old was unsuccessful. The lawsuit could be filed as soon as this week in Los Angeles.

Foreman has stepped forward to defend himself and refute the accusations made by the women, whose parents are alleged to have formerly had a cordial working relationship with the Texan known as “Big George.” Foreman is aware of the prospective legal dispute.

Two ladies have been attempting to extort millions of dollars from me and my family over the past six months, Foreman said.

“They are making up allegations that I molested them sexually over 45 years ago, in the 1970s.”

“I unequivocally and passionately dispute these accusations. I will not be deterred by flimsy threats and lies, and the pride I have in my reputation is as important to me as my athletic triumphs,” Foreman continued, emphasizing that he will cooperate with his attorneys to “completely and truthfully expose my accusers’ plot and defend myself in court.”

He added, “I don’t pick battles, but I also don’t run from them either.

According to TMZ, Foreman has been approached by the two ladies with demands of $12.5 million each. Foreman is rumored to have received $5 million at the height of his fame between 1969 and 1977.

Foreman would have made some big profits during his mid-1990s return that saw him become a world champion once more at the age of 45 before retiring in 1997, even though he was broke by 1987 as a result of a succession of poor ventures.

Then Foreman hit the jackpot with his well-known grilling equipment, which is reported to have brought in almost $200 million after the commercial rights to the product were sold in 1999 for $138 million.

Except for the sporadic comment on the current combat sports landscape, Foreman has had a relatively quiet existence since being inducted into the Boxing Hall of Fame in 2003.