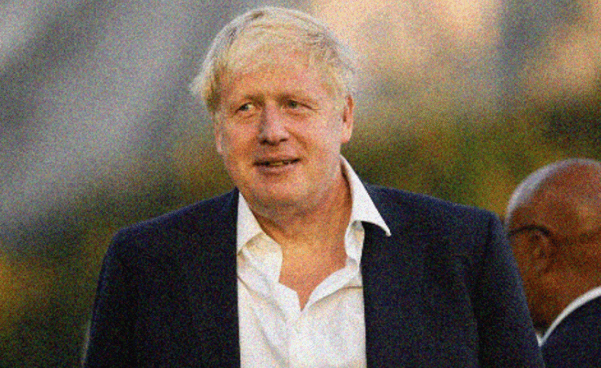 British prime minister Boris Johnson’s attempt to get portions of the post-Brexit trade agreement he agreed with the European Union revoked has passed its first test in Parliament.

(AP) LONDON — Despite warnings from opponents that the move is unlawful, British Prime Minister Boris Johnson’s attempt to tear up some of the post-Brexit trade agreements he struck with the European Union has passed its first test in Parliament.

A bill allowing U.K. officials to modify trade regulations for Northern Ireland was given initial approval by lawmakers late on Monday by a vote of 295 to 221 in favor. The vote opens the door for the bill to go through close examination in the following weeks.

If passed, the proposal would do away with restrictions on products coming into Northern Ireland from the rest of the U.K., nullifying some provisions of a trade agreement Johnson signed before the UK’s departure from the EU in 2020.

The Northern Ireland Protocol regulations, according to the British government, burden businesses and threaten Northern Ireland’s peace. It contends that the “really unique situation” justifies the unilateral action by international law.

Johnson’s opponents, notably Theresa May, his predecessor, claimed that the action is illegal and that carrying it out will significantly harm Britain’s reputation as “a country that keeps its word” abroad.

As a patriot, May stated to Parliament, “I would not want to do anything that would weaken this country in the eyes of the world.”

“I have to tell the government that I don’t think this bill is legal under international law, “Added her. “I am unable to support it because it will fail to accomplish its goals and damage the United Kingdom’s reputation abroad.

There is a chance of a trade war between the EU and the U.K. as a result of the EU’s vow to retaliate against the U.K. if it moves forward with its plan to change the terms of the post-Brexit arrangement.

If Parliament cooperates, Johnson stated on Monday that he thought the plan may become law before the end of the year. Before MPs break for the summer, the government intends to move the bill quickly through Parliament.

The only region of the United Kingdom that borders Ireland is Northern Ireland. The two sides agreed to retain the Irish land border free of customs posts and other inspections when Britain left the European Union and its borderless free-trade zone because an open border is a crucial component of the peace process that put an end to decades of violence in Northern Ireland.

Instead, some items, like beef and eggs, entering Northern Ireland from the rest of the U.K. are subject to checks to defend the EU single market.

The Conservative administration of Johnson claims that overzealous EU implementation has resulted in the regulations not functioning as intended and is to blame for the political turmoil in Northern Ireland.

The biggest unionist party in Northern Ireland has said it won’t participate in the region’s power-sharing government again until the Brexit customs inspections are eliminated or significantly altered. Its leaders contend that because the border checks effectively turned the United Kingdom into an internal commercial border, they pose a threat to the ties between Northern Ireland and the rest of the country.

Due to the party’s position, Northern Ireland has been without a working government for months.