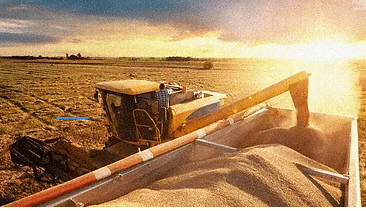 Hungary has urged that products be transported through their country.

According to Reuters, Szijjarto stated, “We have promised to facilitate the transit through Hungary’s territory of any food shipments intended for other regions of the world from Ukraine, primarily to North Africa or the Middle East.”

The official made no mention of how much grain Ukraine could export through his nation. However, he pointed out that two logistics centers on its eastern border would be helpful.

“Therefore, it would not take long if any kind of grain or other produce were to be transferred from Ukraine to the Middle East or North Africa through Hungary. From Hungary, rail connection to ports in Southeast Europe is quick, according to Szijjarto.

The offer from Hungary comes after several similar recommendations from EU member states. Included among the so-called “corridors of solidarity” is Germany’s proposal to transport grain from Ukraine to Poland via the German rail system.

Due to the ongoing conflict in the nation, Ukraine’s traditional export routes across the Black Sea have been hampered. The restriction of these exports has been attributed to Russia by the West, but Moscow accuses the Ukrainian military of being at fault because it mined Odesa’s remaining ports.

22 to 25 million tonnes of grain are reportedly stalled at Ukraine’s ports right now, according to UN estimates. A global food catastrophe has been feared as a result of the decline in exports from the world’s two largest agricultural producers, Ukraine and Russia.