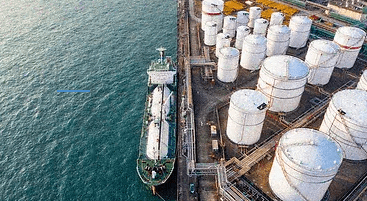 Large discounts enable Moscow to surpass Saudi Arabia in exports to the largest crude consumer in the world.

Using data from the Chinese General Administration of Customs, Reuters reported on Monday that Russia overtook Saudi Arabia as China’s biggest oil supplier in May, with exports increasing by 55 percent from the previous year.

An estimated 8.42 million tonnes, or 1.98 million barrels per day, of Russian oil, were imported into China last month, comprising cargoes from Russian ports in Europe and the Far East as well as oil pumped through the East Siberia Pacific Ocean (ESPO) pipeline. Russia replaced Saudi Arabia as China’s top oil supplier thanks to a 25% rise from April.

China’s purchases of Russian oil have increased recently, following Moscow’s introduction of steep discounts on its petroleum earlier this year in response to the country’s usual customers turning away due to sanctions tied to Ukraine.

Restrictive measures on the supply of Russian energy have been put in place since the end of February by the US, EU, and their allies. Early in June, the EU passed a set of penalties that forbade “insurance and reinsurance of maritime transportation of such goods [oil and oil products] to third countries” as well as the purchase of oil from Russia.

Moscow’s reductions, however, drew in China and India, who increased their purchases over the past two months. RBC reports that while the average monthly price of gasoline increased by about 20% by mid-May, the average discount on Russia’s flagship Urals crude was roughly 20% in March and 33% in April.