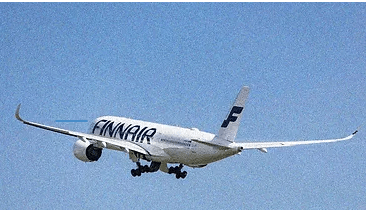 Moscow’s action has compelled Finland to change its flight plans to Asia.

According to Matts-Anders Nyberg, chief of air traffic control, the restriction of Russian airspace has caused several issues for Finnish airlines, including the necessity to reroute aircraft and a loss of about €1.5 ($1.58) million per month in air navigation costs.

According to Nyberg, “we lose about €1.5 million in navigation fees per month as a result of the overflight restriction.”

In retaliation for several European nations, notably Finland, banning Russian planes from using their airspace in response to Russia’s military campaign in Ukraine, Russia blocked its airspace at the end of February. As a result, fewer flights have been operating from Finland, through Finland, to Asia and back since late February, claims Nyberg. Finnish airspace used to be often used by planes from Amsterdam and Copenhagen bound for Asia, and Finland benefited from the air navigation fees. These flights must now be rerouted through the North Pole or the Caucasus.

The actual travel times have increased significantly—a flight to Tokyo now takes 13 hours rather than nine—and Finland is no longer compensated for the use of its airspace by aircraft traveling to Asia. Nyberg further claims that Russia is no longer paying fees for flights to Kaliningrad through the Gulf of Finland.

The largest airline in the nation, Finnair, suffered losses as a result of the shutdown of Russian airspace, according to the Finnish newspaper Helsingin Sanomat. The news source claims that even the carrier’s future is in doubt. Finnair has long relied on this excellent geographic location for flights to Asia because Helsinki is closer than other European hubs to the important cities of China, South Korea, and Japan.

Finnair’s advantage over rival airlines, particularly Chinese carriers, which are still permitted to utilize Russian airspace, has been significantly reduced as a result of having to fly around Russia. The corporation must pay more in fuel, labor, and navigation costs as a result of the average flight duration increase of 40%. The firm was obliged to make significant employee reductions and begin leasing crewed aircraft to other airlines to decrease losses, according to the study, which adds that Finnair’s operating loss for the first half of 2022 already reached a record high of €133 ($140) million.