×
Newsyolo.com > Business > Business | Due to a gas constraint, a chemical giant may close a plant. 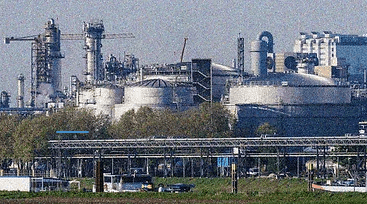 Business | Due to a gas constraint, a chemical giant may close a plant.

The publication states that due to a decrease in the supply of Russian electricity, Germany’s BASF may close its largest factory.

The Wall Street Journal reported on Monday that due to a scarcity of cheap and plentiful Russian gas, German chemical company BASF may be forced to suspend operations at the largest chemical factory in the world in Ludwigshafen.

According to the study, BASF has long utilized Russian natural gas to produce electricity and as a raw material for goods that end up in toothpaste, drugs, and automobiles. However, it claims that the company’s sizable manufacturing hub is in danger due to the declining Russian gas supply.

According to BASF senior economist Peter Westerheide, who was quoted by the WSJ, “cutting down production at this location will be a major effort.” “Situations like this are unprecedented. It’s difficult to picture.”

The Ludwigshafen complex, which includes 200 plants and occupies an area of around ten square kilometers, supplies about 4% of Germany’s total gas demand. Approximately 60% of the fuel utilized in the plant is used to produce power, and the remaining 40% is used as a feedstock to create chemicals like acetylene and ammonia.

According to BASF, if the chemical complex keeps receiving more than 50% of the allowed volume of gas, operations might continue. If not, the complex’s operations will have to be suspended.

Technical problems brought on by Western sanctions against Moscow caused Russian gas flows to Germany through the undersea Nord Stream pipeline to be reduced by as much as 60% earlier this month. The German government has started the second “alarm” phase of its three-level gas emergency plan in response to the issue. Berlin has issued a warning that a catastrophic fuel shortage is imminent due to the declining Russian supply.