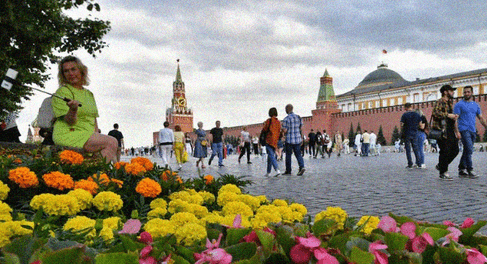 Bloomberg reported on Wednesday that despite severe Western sanctions, Russia’s economy appeared to be faring better than anticipated thanks to high energy prices.

According to the research, the damage is far more superficial than initially thought. Analysts had expected a 10% loss in GDP for the second quarter in March, while the most recent information from Rosstat, Russia’s official statistics department, indicates a 4% decline.

As rising energy prices support budget revenue, Bloomberg said that “forecasts of Russia’s economic collapse have proven wide of the mark, with gross domestic product declining at a gloomy, but less than catastrophic rate of 4% in the second quarter.”

The source noted that “Russia’s own finance ministry had anticipated a 12% contraction this year for an economy weighted down by a blizzard of international sanctions as recently as May,” according to the publication.

Bloomberg emphasised that despite the sanctions put in place by the US and its allies, numerous states have kept up commerce with Moscow, including China, India, and countries in the Middle East.

The Russian economy is expected to fall by 6% this year, according to an impressive 2.5 percentage point increase in the IMF’s GDP forecast for the country last month. Russia’s domestic demand is demonstrating some resilience in spite of the sanctions, according to the IMF, which also observed that the impact of the sanctions has been limited.