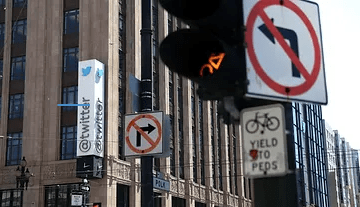 Because the social media behemoth is withholding information on phony accounts, the Tesla CEO may cancel his $44 billion acquisition.

Elon Musk, a multibillionaire businessman, has informed Twitter’s board of directors that he may withdraw from a $44 billion purchase agreement since the firm has not provided information on spam and bogus accounts.

In a letter to Twitter on Monday, the lawyers for the CEO of Tesla and SpaceX stated: “This is a clear material breach of Twitter’s obligations under the merger agreement, and Mr. Musk reserves all rights resulting therefrom, including his right not to consummate the transaction and his right to terminate the merger agreement.”

The issue is Musk’s request for the computations Twitter used to determine that fewer than 5% of its accounts are bogus. The billionaire, who was born in South Africa, asserted that about 20% of purported Twitter users are fake, and he promised to take action against spambots. Last month, he claimed that the buyout had been put on hold because of worries about the phony accounts and that he could try to renegotiate the acquisition price to reflect the volume of fraudulent users.

Twitter said that it complied with the conditions of the takeover deal by providing Musk with information. The corporation declared in a statement, “We plan to close the deal and enforce the agreement at the agreed price and terms.

If Musk cancels the deal, he may be subject to a $1 billion breakup fee and investor lawsuits. Investors in Twitter have already filed a lawsuit against him for allegedly lowering the value of the firm by causing skepticism about the deal. On Monday, the stock dropped 1.5% to $39.56, which is now 27% under the buyout price of $54.20 Musk agreed to pay for each share he does not already own.

“At this point, Mr. Musk believes Twitter is openly refusing to comply with its obligations under the merger agreement,” his lawyers wrote in a letter sent on Monday. “This is causing further suspicion that the company is withholding the requested data out of concern for what Mr. Musk’s analysis of that data will uncover.” “Mr. Musk does not understand the company’s hesitation to allow Mr. Musk to independently evaluate those figures, even if Twitter is confident in its publicly disclosed spam predictions,” said Mr. Musk.

Based on a suspicion that Twitter is breaking a state statute against unfair business practices by publishing inaccurate information regarding its bot accounts, Texas Attorney General Ken Paxton has launched an investigation.

The volume of bogus bot accounts on Twitter may have hurt Texas customers and businesses, Paxton warned on Monday.

Musk is the richest person in the world, according to Forbes, with a fortune of close to $220 billion. He has committed to turning Twitter into a haven for free speech to “unlock” its full potential.