×
Newsyolo.com > Business > Business | EU food security at risk due to record temperatures, according to Bloomberg 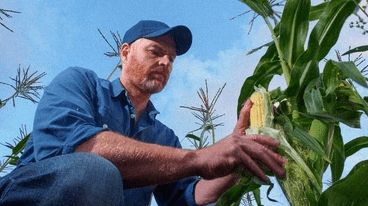 Business | EU food security at risk due to record temperatures, according to Bloomberg

Due to increased grain shortages, corn crops are now in danger.

According to a Monday Bloomberg story, record warmth in some of Europe’s major agricultural regions has endangered this year’s grain harvest.

Corn harvests are currently at the blossoming stage, and bad weather may reduce the number of kernels that will eventually produce grain. Spain, France, Greece, and Portugal have been particularly hard hit by the high temperatures, which have reached as high as 47 degrees Celsius in some parts of Europe.

The violence has limited this year’s supply of Ukraine’s corn, which is typically imported in significant quantities by the EU and used primarily as animal feed. This has raised prices, with Paris corn futures up 11% in July and trading at a record for the time of year, according to Bloomberg. According to the publication, the hot, dry conditions put sunflower and soybean fields at risk as well.

The extremely hot weather has also had an impact on Europe’s wheat harvest. France, the main supplier of wheat to the EU, announced last week that this year’s production of soft wheat will decline by around 7%, falling below the five-year average.

This comes at a time when big producers Russia and Ukraine are producing less wheat and other commodities due to their countries’ protracted conflict. Other significant exporters have curtailed or prohibited grain shipments, citing domestic food security, including Kazakhstan and India. The changes have led to possible worldwide food crises being warned off.