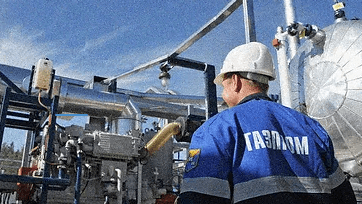 According to the Kremlin, Western sanctions are impeding delivery through the Nord Stream pipeline.

Russian gas cannot be delivered to Germany through the Nord Stream pipeline because of Western sanctions on Russia, according to Kremlin spokesman Dmitry Peskov on Monday.

In response to last week’s cut in gas shipments to the EU, Peskov stated that although Russia is still “the most dependable supplier,” delivery is now technically impossible due to the restrictions.

“From a technological standpoint, the restrictions imposed by the EU are hurting the pipeline’s mechanical infrastructure. The pumping equipment, namely the turbines, needs servicing. However, it is impossible to return the turbines, which is why the Europeans are not doing so, according to Peskov.

The failure by Siemens Energy to deliver a piece of machinery to a compressor station “inappropriate time” after it was transferred to Canada for maintenance was cited by Russia’s Gazprom as the reason for last week’s 60 percent reduction in the natural gas supply to Germany via the Nord Stream pipeline.

The part couldn’t be delivered, according to Siemens Energy, because of Canadian sanctions against Russia. Berlin referred to Gazprom’s choice as political.

Peskov said, “There is absolutely nothing to pump with. “The EU brought about this catastrophe, which is man-made. Gas is available and waiting to be provided, but Europeans must return the equipment. And fix the gear by their promises.