×
Newsyolo.com > Business > Business | For ten days, the Nord Stream pipeline will not be operational. 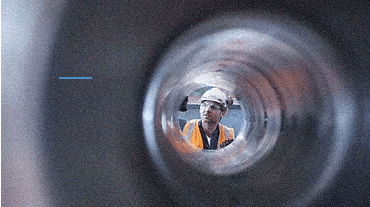 Business | For ten days, the Nord Stream pipeline will not be operational.

From July 11 to July 21, scheduled annual maintenance will be performed.

The yearly maintenance on the Nord Stream 1 gas pipeline by Gazprom will prevent it from supplying natural gas to Germany for 10 days in the middle of July. The dates for the work, which will take place from July 11 to July 21, were finalized

Germany is worried about the shutdown and worries that the gas supply won’t be restored, according to a Thursday Financial Times report.

The newspaper claims that last week’s 60 percent drop in gas flow by Gazprom as a result of a technical problem with parts has increased worries that the supply may be completely cut off. This occurs when Europe works to replenish its gas supplies in advance of the winter months.

In recent years, higher flows through Poland or Ukraine have made up for the Nord Stream supply gap caused by maintenance. Officials and business representatives, however, expressed concern to the Financial Times that Russia would not do that this time, leaving the continent to experience gas shortages.

The second “alert” level of the German government’s three-level gas emergency plan was proclaimed on Thursday. The Federal Network Agency reports that while the gas supply situation is currently stable, Germany would struggle to fill its storage to 90% by December if Russian supplies through the Nord Stream 1 pipeline remain at the current low level.