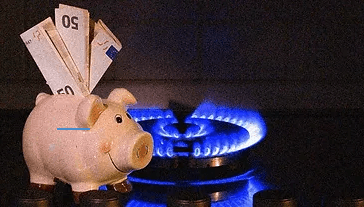 While Russian gas flow through the crucial Nord Stream pipeline has been disrupted, natural gas prices in Europe have continued to rise. For the first time since March, prices increased beyond $1,500 per thousand cubic meters on Thursday.

At the TTF hub in the Netherlands, the July futures price rose from the previous day’s closing price of $1,367 to $1,504 per thousand cubic meters.

In the event of any fresh information regarding Russian gas delivery, unexpected price increases may occur, according to analysts at Energi Danmark, according to a note obtained by Bloomberg.

Currently, there is a significant lack of imported energy sources for the European gas market. Due to a lack of parts as a result of the sanctions, shipments by Russia’s Gazprom through the Nord Stream pipeline have decreased to around 40% of capacity. This week, emergency steps to cut back on the use of natural gas were announced by EU countries as a result of the situation.

The decreased supplies occur as Europe scrambles to store up for the coming winter; data indicates that gas storages on the continent are already at 55%.