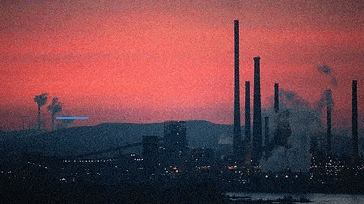 According to media sources, Uniper suffered losses because of restricted gas imports from Russia.

Due to the financial impact of decreasing supplies of Russian natural gas, German energy giant Uniper is requesting a government bailout, according to Reuters on Thursday.

According to the German Economy Ministry, discufinancialssions to provide “stabilization measures” for the utility are still ongoing. The article stated that “the reason for this is the significant increase in gas prices and the decreased supply volumes from Russia.”

Chief Executive Officer of Uniper Klaus-Dieter Maubach stated that possible guarantees, obtaining credit facilities, or even the state acquiring an equity stake were discussed during the negotiations. He withheld the amount of money the company was looking for.

The lack of supply from Moscow has put Uniper, one of Europe’s major importers of Russian gas, under pressure. Due to a lack of parts and other technical difficulties brought on by Moscow’s sanctions, this month’s Russian gas exports to Germany via the Nord Stream pipeline were reduced by as much as 60%.

Five power plants that the company’s Unipro division ran in Russia were responsible for over a quarter of the utility’s revenue last year. The corporation started the process of selling the unit because of international pressure and sanctions, which prevent access to such profits.