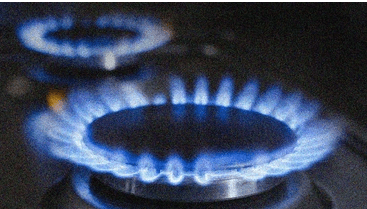 In response to ongoing worries over Russian supply and EU efforts to fill storage facilities before the start of the heating season, European natural gas prices soared to a three-month high on Thursday.

According to data from the London Intercontinental Exchange, August futures on the TTF trading center in the Netherlands increased by 6.4 percent, reaching $1,630 per thousand cubic meters or €149.15 ($155.05) per megawatt-hour in residential values. The price of natural gas exceeded that mark for the first time since March 10th.

On June 14, Russian gas supplier Gazprom reduced its shipments to Germany through the Nord Stream pipeline by 60%, blaming technical difficulties brought on by Western sanctions connected to Ukraine. Following the decision, numerous EU countries announced initiatives to help them consume less gas, including the revival of coal power facilities. German Vice-Chancellor Robert Habeck called for a decrease in gas usage in the nation.

According to operator Nord Stream AG, the yearly maintenance on Nord Stream is scheduled to take place from July 11 to July 21. This will cause a brief shutdown of the pipeline.

Markets are also concerned about the possibility of a gas price cap that was raised at the G7 conference earlier this week; some think that this could lead Russia to stop supplying the EU and look for alternative markets. In addition to the tight supply, the present heat wave in Asia is driving up demand for LNG, making it impossible for many European states to secure the liquefied natural gas (LNG) needed to replace the Russian fuel.