×
Newsyolo.com > Business > Business | Mike Ashley will resign from the Sports Direct group’s board. 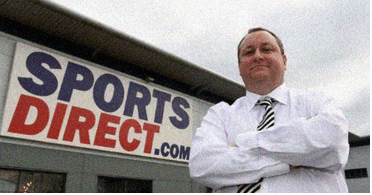 Business | Mike Ashley will resign from the Sports Direct group’s board.

The CEO of the company that owns the Sports Direct chain, which the retail mogul started forty years ago, Mike Ashley, will resign from the board of Frasers Group.

Earlier this year, Mr. Ashley had already given his son-in-law Michael Murray control of the organization.

Frasers said that Mr. Ashley would step down from the board the following month and would not run for re-election as a director.

The business also disclosed that Mr. Ashley will invest £100 million in the business.

Mr. Ashley will continue to be accessible to the board and management for guidance “when called upon,” the company said in a statement.

The chief executive of Frasers, Mr. Murray, stated that Mr. Ashley had “created an extraordinary business over the past 40 years.”

With more than 400 locations, it is currently the biggest sportswear shop in the UK.

Along with purchasing brands, the corporation has acquired chains, including lingerie retailer Agent Provocateur and high-end clothing retailer Flannels.

Mr. Ashley changed the name of his business from Sports Direct International to Frasers Group the following year after purchasing the House of Fraser department store chain for £90 million in 2018.