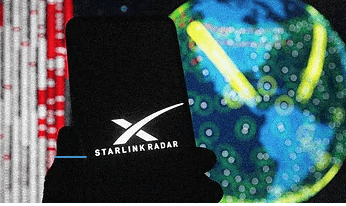 A permit has been given to Starlink so that it can offer internet service in the nation.

According to Ukraine’s Minister of Digital Transformation Mykhailo Fedorov, Starlink, a company owned and run by Elon Musk’s SpaceX, has been given an operator’s license to offer internet services.

Fedorov announced on his Telegram channel that the company had recently been added to the Register of Providers of Electronic Communications Networks and Services and that it will shortly begin conducting business in the nation.

A satellite constellation system called Starlink is run by SpaceX, a US company that makes spacecraft, conducts space launches, and manages satellite communications. It has at least 2,400 relay satellites in low-Earth orbit that enable broadband information access.

Through a network of satellites, Starlink offers broadband internet access to anybody on Earth, with each customer receiving a speed of up to 1 Gbps. 33 nations are currently served by the company’s internet service.

Elon Musk claimed earlier this week that over the previous three months, SpaceX has sent 15,000 Starlink internet packages to Ukraine. In response to a request from the Ukrainian government, the business turned on its broadband service in the nation in late February.

The US Agency for International Development (USAID), the governments of France and Poland, and the Starlink equipment shipped to Ukraine were all partially supported, according to a story from The Washington Post in April.