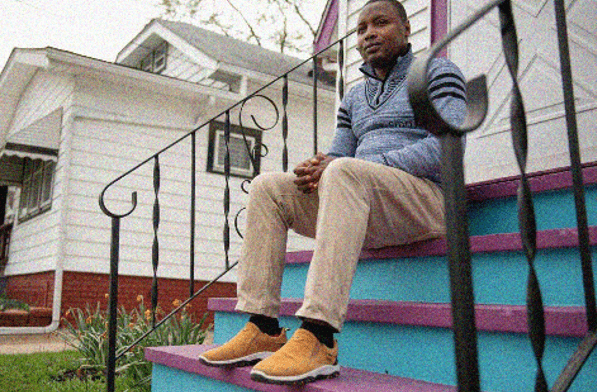 Congolese refugee Hakizimana Muvunye, who resides in Cleveland, is a man doing his best.

(AP) CLEVELAND — Congolese refugee Hakizimana Muvunye, who resides in Cleveland, is a man doing his best. He drives for Uber in addition to running Asante Landscaping, which he owns but only has five customers.

I have to look after my family, he said. Five kids total between Muvunye and his wife, Irene Twizere.

Muvunye fled the turmoil and insecurity in the Democratic Republic of the Congo and arrived in Cleveland via Uganda in February 2016. He is currently working to expand his company. To help him accomplish this, he is relying on the nonprofit organization the US Together, which offers services to refugees and immigrants, particularly their Microenterprise Development program.

Asante Landscaping could not have been founded without the program, which assists qualified refugees and immigrants in developing, financing, and expanding small enterprises. The staff assisted Muvunye with loan applications and company registration with the Ohio Secretary of State.

The program, which has been funded for the previous five years by the government Office of Refugee Resettlement, has assisted more than 30 businesses in gaining access to roughly $50,000 in startup money and credit-building loans. 89 people have signed up to launch a business overall. A fourth local participant will soon join the three who have already launched physical outlets.

The collaboration between the US Together and the federal resettlement office is an illustration of how nonprofit organizations and governmental organizations are cooperating here and in other areas, like Buffalo, New York, to assist with the rising number of refugees entering the United States, particularly from Afghanistan and Ukraine. The Midwest and other regions need to welcome new refugees and immigrants because they could help to change dwindling populations and boost the local economy with new enterprises.

The five-year federal grant that supplied the program’s $70,000 annual budget is set to expire in September, therefore US Together is currently attempting to secure new sources of funding to expand its activities and the populations it serves. The NGO has requested a funding extension.

Evan Chwalek, the coordinator of economic integration at the US Together, said, “We have a little bridge cash available that might sustain us for a few months past September.”

Additionally, the group is just starting to apply for additional donations from foundations and governments to stabilize the program. It would be possible to use funding from a new refugee support program Cuyahoga County is planning. And the US Together intends to collaborate with Global Cleveland, a charity that seeks to expand the number of foreign immigrants in the area, to eventually create a program for business incubators.

Programs to assist newcomers, according to Global Cleveland president Joe Cimperman, require assistance from all industries.

Programs like this should unquestionably have broad support and funding, and not just from the public sector, according to Cimperman. “We must become aware of this. People frequently view immigrants and refugees as needy people. Let’s make it simpler for them to generate income and fill positions.

Like many other Midwestern communities, Cleveland has experienced a loss in population throughout time. Cleveland’s population has fallen by 6% over the last ten years, according to the US census. According to the Federal Reserve Bank of Cleveland, the population of Northeast Ohio decreased by 1.6 percent between 2007 and 2017.

According to Maria Teverovsky, director of development at the US Together, more people are fleeing Afghanistan and Ukraine and arriving as immigrants and refugees in the area. She noted that Northeast Ohio had had an unparalleled migratory wave as the rest of the world was experiencing an unprecedented migration problem.

Just behind states with larger populations like California, New York, and Texas, Ohio came in sixth place for the number of refugees resettled in 2019. In 2019, over 1,500 refugees were relocated to Ohio, with roughly 500 moving to Cleveland per year.

And many of them bring an entrepreneurial spirit with them when they come. According to studies, immigrants and refugees are more likely to launch enterprises than Americans who were born abroad. Although immigrants make up 15% of the U.S. population, they account for 25% of business owners. According to Community Refugee and Immigration Services, a nonprofit organization in Columbus, refugee firms contribute $605.7 million to the local economy annually.

However, other areas are in direct competition with Northeast Ohio for the ability to draw new enterprises and foreign residents. In a 2021 study, Cleveland State University found that the percentage of residents who were born abroad placed it in the bottom third of other midsize American cities. Northeast Ohio needs to invest in initiatives that help people of color, refugees, and immigrants own more businesses, the study found.

We must welcome immigrants from other countries if we want to prosper, Cimperman remarked. “However, we take it for granted. Our economy depends on fresh talent, ideas, and bodies.

The Greater Cleveland Partnership’s CEO, Baiju Shah, says it is “a big priority” to welcome refugees and immigrants.

How can we make sure we keep the people that come here from other countries?” he said. We have a long history of embracing visitors from all around the world and the nation. It must be a component of our plan.

The co-owner of Equity Languages and Employment Services, Victor Harerimana, is also a refugee from the Congo. He started his firm with the help of the Microenterprise Development program. After serving as an interpreter for Catholic Charities in Cleveland, he decided to launch his own interpretation company. Through the US Together initiative, Harerimana was able to qualify for a $1,200 loan for his company.

We were able to run businesses in Ohio and New York and make money to support us, he claimed.

A Buffalo group that assists refugees in starting companies received funding from the Office of Refugee Resettlement. The Buffalo Refugee Child Care Microenterprise Project was started in 2018 by Journey’s End Refugee Services to help refugees from Burma, the Democratic Republic of the Congo, Iraq, Nepal, Rwanda, and Somalia. With the help of a $562,500 grant from the resettlement office, they launched child-care businesses.