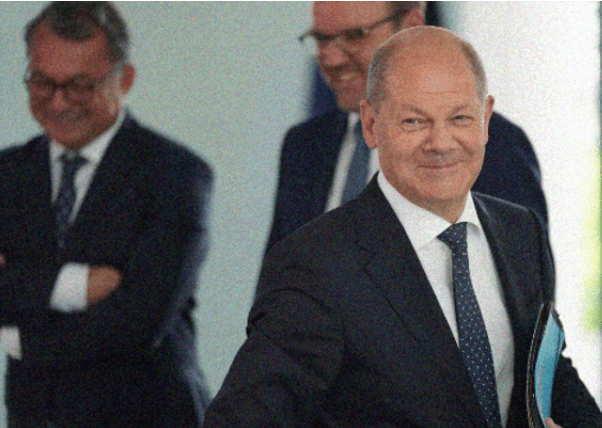 Top union and employer officials have been assembled by German Chancellor Olaf Scholz at his office in Berlin to discuss how to alleviate the effects of rising prices while avoiding a spiral of inflation in Europe’s largest economy.

A/P BERLIN — Top union and employer officials were assembled by German Chancellor Olaf Scholz on Monday at his office in Berlin to discuss strategies for addressing the effects of rising prices while avoiding spiraling inflation in the region’s largest economy.

Germany’s annual inflation rate is currently 7.6%, which is close to a half-century high. The government framed Monday’s conference as the first of a series intended to build a wide consensus for answers. The list of attendees included the chairman of the German central bank.

Steffen Hebestreit, a spokesman for Scholz, stated that “we will have results in the fall,” although he did not provide a specific date.

In Germany, wage agreements are often negotiated between unions that represent an entire industrial sector and employers’ groups.

A month ago, when he declared his “concerted action against price pressure,” Scholz cited a “quite fascinating” resolution as a recent accord in the chemical industry.

To assist in combat price increases, employers and worker representatives agreed on a one-time payment of 1,400 euros ($1,460) per employee. In hopes that the economic prognosis would be clearer by October, they also tabled discussions on a formal salary hike.

On Sunday, Scholz worked to dispel any notions that he would believe that formal wage hikes should be replaced with such one-time payouts. No one is suggesting that because of this, true salary rises shouldn’t take place, he said ARD television.

In addition to introducing a super-cheap ticket that allows individuals to use all local and regional public transportation for nine euros (less than $10) a month, Germany temporarily slashed taxes on diesel fuel and gasoline at the beginning of June. The restrictions will be in place for three months.