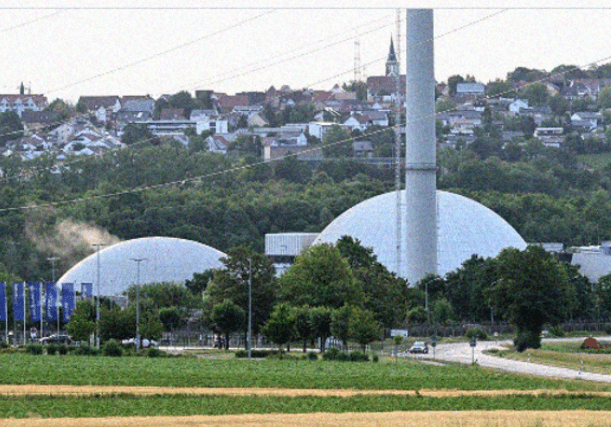 The pledge of the German government to stop using nuclear power at the end of the year has been defended by the vice-chancellor.

A/P BERLIN — Tuesday, Germany’s deputy chancellor defended the government’s decision to stop using nuclear power at the end of this year, saying that maintaining its few surviving reactors would be difficult and not significantly help with the issues brought on by a potential natural gas shortage.

As a result of worries that Russia would completely stop supplying natural gas, Germany’s biggest opposition party has repeatedly demanded that the nation’s final three nuclear reactors remain operational after the end of December. The pro-business Free Democrats, the smallest party in Chancellor Olaf Scholz’s ruling coalition, have some sympathy for their viewpoint.

Government representatives counter that natural gas plays a bigger role in heating and industrial processes than it does in producing electricity.

Vice Chancellor Robert Habeck, who is also the economy and climate minister and in charge of energy, said at a news conference in Vienna that “nuclear power doesn’t help us there at all.” We don’t normally have an electrical problem in the country, but we do have heating or industry problems.

Germany has been phasing out conventional power facilities in favor of renewable energy, and three nuclear reactors were shut down in December. The other three are scheduled to stop producing energy by the end of this year.

German electricity production in the first three months of this year came from natural gas at 13% and nuclear energy at 6%, both much less than in the same period last year. About 35% of Germany’s gas supply has come from Russia.

According to Habeck, when the remaining reactors’ legal certification expires at the end of the year, they will have to be treated as effectively brand-new nuclear plants, complete with safety requirements, and the complications won’t be worth the likely “very small advantage” in terms of gas savings.

Additionally, fuel for the reactors would need to be purchased; according to Scholz, the fuel rods are typically imported from Russia.

Politicians in the opposition have asserted that Habeck’s green party, which has long been a major proponent of the nuclear phaseout, opposes keeping reactors operational for ideological grounds.