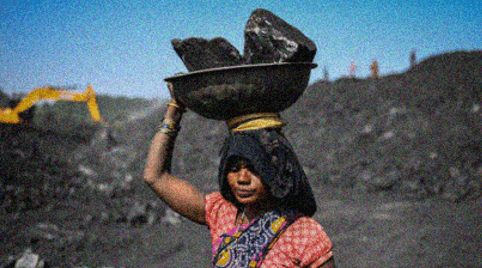 Since mid-August, stockpiles at the nation’s power facilities have decreased by 11%, raising fears about the supply.

Despite a longer-term strategy to limit purchases from abroad, India may raise coal imports due to supply issues, the country’s electricity and renewable energy minister Raj Kumar Singh told Bloomberg on Friday.

“We are closely monitoring the issue. Power accessibility for the average person is a given, he reportedly said.

Coal is used to generate almost 75% of India’s electricity. The research states that since mid-August, coal inventories have decreased by nearly 11%, leaving utilities with an average supply of ten days rather than the needed levels of more than three weeks. Kumar Singh claims that power facilities were instructed to keep sufficient stocks and import coal if they were near to running out.

According to statistics from consultancies Coalmint and Kpler, Reuters reported last month that India imported nearly 25 million tonnes of coal in June alone, a record amount and more than a third more than it did during the same period last year. According to data from Indian trader I-Energy, imports of thermal coal increased by 40% while imports of coking coal increased by 23% year over year. In total, 119.5 million tonnes of coal were imported between January and June, barely 0.6% less than during the same period in pre-pandemic 2019.

Governed Coal To prevent utility shortages, India announced its first-ever import procurement in June, calling for the importation of at least 12 million tonnes of fossil fuel over the following twelve months. Major Indian power company NTPC doubled its imports from seaborne markets, according to Bloomberg.

According to a recent article by the Economic Times, Indian businesses have been importing substantial amounts of petroleum coke from Venezuela, a byproduct of oil upgrading and a substitute for coal. Between April and June, they purchased at least four cargoes containing 160,000 tonnes of the fuel.

According to analysts, India is taking these precautions to prevent a repeat of the coal crisis of 2021, when the nation’s electricity supply was threatened by the monsoon season, which resulted in coal mines flooding and coal exports being halted.