×
Newsyolo.com > Business > Business news | Kirin of Japan gives up its ownership of a brewery in Myanmar. 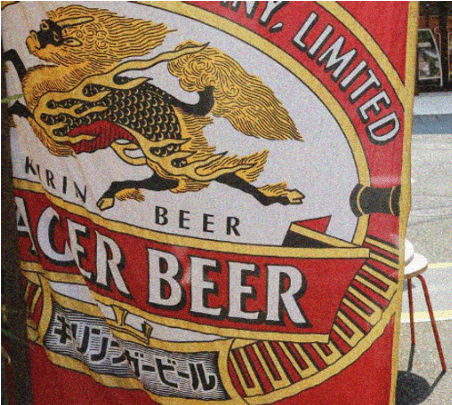 Business news | Kirin of Japan gives up its ownership of a brewery in Myanmar.

Kirin Holdings, a major producer of beverages in Japan, intends to split ways with Myanma Economic Holdings Plc by selling its share of Myanmar Brewery to the joint venture.

(AP) BANGKOK — Kirin Holdings, a major producer of beverages in Japan, intends to transfer its ownership of Myanmar Brewery to the joint venture, giving its local partner Myanma Economic Holdings Plc. full control over the business.

The share buyback arrangement, according to Kirin, was made with the company’s employees and other stakeholders in mind and would be the quickest method to depart the business. Human rights activists, however, opposed the action.

Kirin stated its intention to leave the brewing partnership shortly after a military takeover in February 2021 but encountered several difficulties in agreeing with the local partner on how to exit. It claimed that the most recent proposal was the best of three alternatives, which also included closing the brewery or selling a stake to another business.

Myanmar Brewery will be completely under the management of Myanma Economic Holdings after Kirin Holdings Singapore Pte, a subsidiary of Kirin Holdings transfers its 51% ownership to the company. According to a similar agreement, Kirin announced that it was exiting Mandalay Brewery, another business venture.

Myanma Economic Holdings Public Co. Ltd. and Myanmar Economic Corporation Limited (MEC) were designated for sanctions by the US Treasury in March 2021 due to the military’s strong economic dominance over the nation through these holding companies.

According to the report, the corporations control important sectors like trade, raw materials, booze, tobacco, and consumer products and give the military essential funds.

Foreign investors are being urged by human rights advocates to abandon their projects in Myanmar to avoid providing taxes or other financial support to organizations under the control of the military-led government, which is being widely opposed by the general public.

Over 2,000 civilians have reportedly been slain by Myanmar’s security forces since the army took over, according to the Assistance Association for Political Prisoners, a private organization that keeps track of government deaths and arrests. Government-opposing rebels are also being fought by the military in the countryside.

At the same time, selling interests in these businesses to state-owned companies like MEHL has come under fire.

Yadanar Maung of the organization Justice for Myanmar said in a statement that the choice to turn over management of Myanmar Brewery and Mandalay Brewery to Myanma Economic Holdings Ltd. is a “windfall for the Myanmar military and will ensure a continued stream of revenue to finance atrocity crimes.”

The statement read, “The right action is to withhold payments from the Myanmar military and correct adverse effects on workers through compensation.”

The Myanmar government must approve the deal. According to Kirin, estimates of the gain and loss from the share transfer were still tentative.