×
Newsyolo.com > Business > Business news | Poles may gather wood to heat their houses, according to the Minister 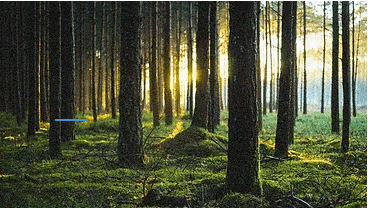 Business news | Poles may gather wood to heat their houses, according to the Minister

Poles may gather wood to heat their houses, according to the Minister

To keep their houses warm amid rising energy bills, authorities in Warsaw have let residents collect firewood from forests. Poland has a coal shortage as a result of the prohibition on Russian imports.

According to Deputy Minister of Climate and Energy Edward Sarika, “Collecting branches for fuel is always possible, with the approval of foresters,” Next Gazeta reported on Monday.

Those who want to collect wood must first complete training and get approval from the neighborhood forestry unit. The report continued to make it clear that people cannot cut down trees but may only pick branches that are already on the ground.

All that can be gathered are branches. At the same time, the gathered branches must be thicker than seven millimeters, according to Marek Mroz of the Katowice Directorate of State Forestry.

He clarified that branches had to be sent to the neighborhood forester, who will then issue a bill. For around 0.25 cubic meters of firewood, collectors will be required to pay seven to thirty zlotys ($7.02).

The government of Mateusz Morawiecki, the prime minister of Poland, has attributed rising energy prices to the conflict in Ukraine. Critics counter that costs have been rising over the past seven years and that the conflict is only largely to blame. Fuel costs in Poland have reached 8 zlotys ($1.87) a liter, pushing inflation to 14 percent in recent weeks.

Poland’s domestic production of raw materials is well behind demand since Russian coal imports are prohibited. Warsaw has demanded a total ban on Russian energy throughout the current confrontation in Ukraine. The EU country announced in March that by the end of 2022, it would stop importing any energy from Russia, including coal, gas, and oil.

As of the start of the conflict, Poland’s wood imports from Russia and Belarus ceased, while those from Ukraine have decreased by almost 75%.