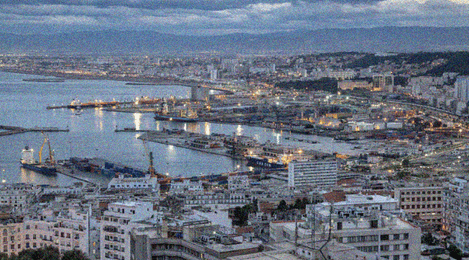 The Algerian Youth Ambassadors claim that technology and IT may be shared between the two nations.

According to Salah Eddine Tiar, president and creator of Algeria Youth Ambassadors, Moscow and Algiers have inked several several agreements at the Eastern Economic Forum (EEF) in Vladivostok, Russia, in a number of different disciplines.

On the eve of the meeting, he told RT that Algeria was looking to expand its trade and business ties with Russia, including the Far East. Along with boosting capacity, the North African country also wishes to collaborate with Russia on startup, technology, and IT projects.

Tiar stated, hailing the EEF, “I came to Vladivostok to broaden and widen our cooperation not only with Russia but with other countries participating in the conference as well.”

One of Russia’s top three trading partners in Africa is Algeria. During his visit to Algeria in May, Russian Foreign Minister Sergey Lavrov stated that trade between the two nations had reached $3 billion the previous year. The Russian Ministry of Agriculture reports that in 2021, the volume of bilateral trade more than double.

Abdelmadjid Tebboune, the president of Algeria, declared in July that his nation was considering joining the BRICS (Brazil, Russia, India, China, and South Africa) alliance. Algeria essentially satisfies the requirements for membership, he pointed out.

The structure of the BRICS summit this year, held online in June, was enlarged to include 13 additional nations, including Algeria. The first speaker was President Tebboune, who emphasized the need for “a new economic order where parity and equality across countries