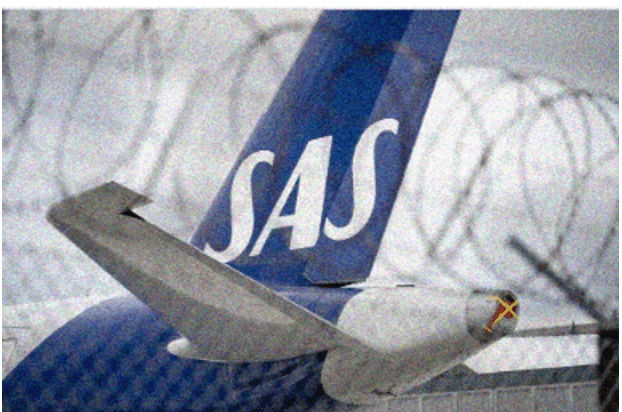 After settling with management, Scandinavian Airlines pilots in Sweden, Norway, and Denmark have ended a 15-day strike that caused significant inconvenience.

A/P STOCKHOLM — After settling with management, Scandinavian Airlines pilots in Sweden, Norway, and Denmark early on Tuesday ended a strike that had been creating significant inconvenience for 15 days.

The airline claimed that the strike had affected thousands of passengers daily and had caused the cancellation of about half of all SAS planned flights.

A deal for the next five and a half years that ensures cost savings for the airline and job security for the pilots was reached, according to SAS CEO Anko van der Werff.

“I’m happy to say that the SAS Scandinavia pilot strike has ended after we settled with all four pilot unions. We can now continue regular business operations and fly our customers on their eagerly anticipated summer vacations. I am sorry that this strike has affected so many of our passengers,” van der Werff said in a statement.

About 900 pilots protested the carrier’s decision to hire new pilots to fill openings at its subsidiary airlines, SAS Link and SAS Connect, rather than rehiring previous pilots who had been laid off due to the epidemic on July 4, citing inadequate compensation and working conditions.

“Pilots have secured a significant advancement. The collective agreements of the pilot associations will also apply to the new businesses SAS Connect and SAS Link, and 450 pilots who lost their jobs due to the corona pandemic have been guaranteed new jobs, according to a statement from the pilot group SAS Pilot Group.

More than 3,700 flights were canceled as a result of the strike, SAS reported, affecting almost 380,000 passengers. SAS also stated the strike cost 100-130 million Swedish kronor ($9.5-12.3 million) each day in lost income and expenses.

A collective agreement that was set to expire on April 1 was the subject of negotiations between pilot unions and the airline that had begun in November. But despite months of talks, no new agreement had been reached.

The financially struggling SAS filed for bankruptcy protection in the US one day after the strike started, claiming that the walkout had jeopardized the carrier’s viability. The airline declared that it has voluntarily filed for Chapter 11 in New York, which halts civil proceedings while the company realigns its finances.

Sweden and Denmark’s governments have a portion in Scandinavian Airlines. Norway sold its interest in the airline in 2018, but it still has debt, which it has indicated it could be willing to convert to equity.