×
Newsyolo.com > Business > Business news | The US seizes a Russian superyacht as it enters San Diego Bay. 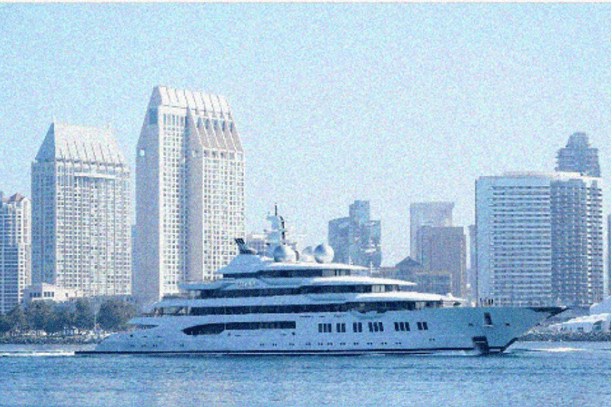 Business news | The US seizes a Russian superyacht as it enters San Diego Bay.

A $325 million superyacht that was taken from a Russian oligarch who had been sanctioned by the United States has arrived in San Diego Bay.

SAN DIEGO, Calif. On Monday, a $325 million superyacht that was taken from a Russian oligarch who had been sanctioned by the United States arrived in San Diego Bay.

The USS Midway, a decommissioned aircraft carrier, and the Coronado Bridge were both passed by the 348-foot-long (106-meter-long) Amadea while flying the American flag.

The Amadea was safely docked after traveling almost 5,000 miles (8,047 kilometers) across the Pacific, according to the Department of Justice, and “shall remain in the custody of the U.S. authorities, until its anticipated seizure and sale.”

The Amadea was a target of Task Force KleptoCapture, which was established in March to take the assets of Russian billionaires to put pressure on Russia to put a stop to the war in Ukraine after the FBI linked the vessel to the Russian businessman Suleiman Kerimov.

According to the US, Kerimov purchased the ship undercover last year using several phony corporations.

This month, the U.S. took the Cayman Islands-flagged superyacht after winning a court struggle in Fiji. As it made its way to the American continent, the Amadea stopped in Honolulu Harbor.

According to the Justice Department, “without unprecedented assistance from our international allies in the global campaign to execute U.S. sanctions enacted in response to Russia’s unprovoked and unlawful war in Ukraine, the successful seizure and transit of Amadea would not have been feasible.”