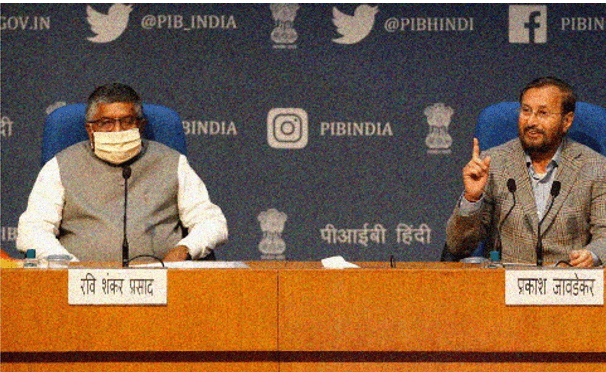 According to media reports, Twitter has sued the Indian government over its recent directives to remove specific information from the social networking site.

(AP) NEW DELHI — Following recent requests to remove some content from the social media network, Twitter on Tuesday filed a lawsuit against the Indian government, according to media reports.

According to the Press Trust of India and the Bar and Bench legal news website, the lawsuit was brought before the Karnataka High Court in southern Bengaluru city after the Indian government in February threatened firm leaders with criminal prosecution if they disobeyed the removal orders.

The case is a part of a developing dispute between Twitter and New Delhi following the Indian government’s adoption of new, comprehensive regulations giving it greater authority to regulate internet content last year.

Companies must remove or ban anything that authorities deem illegal under the new regulations. Employees of social media networks and technology companies who disobey government directives may be subject to criminal prosecution under the legislation.

When asked about the lawsuit on Tuesday, India’s IT minister, Ashwini Vaishnaw, said: “It is everyone’s responsibility to adhere by the laws set by the country’s Parliament.

The government of Prime Minister Narendra Modi has long pushed to regulate social media and has frequently ordered Twitter to delete tweets or accounts that look to be critical of his party and government.

Twitter has branded the new guidelines a “possible threat to freedom of expression” even though it has previously complied with the majority of such directives while opposing others. The corporation has taken down tweets criticising the Modi administration’s response to the pandemic and content relating to anti-government farmer protests.

The new regulations, according to the Indian government, are vital to combat misinformation, hate speech, and other issues. Officials have warned Twitter that breaking the regulations could result in the loss of its intermediary liability safeguards, opening the business up to legal action for material.

Since the rules were established, communication between the Indian government and Twitter has been difficult.

Police entered Twitter’s office in May of last year after the firm described a tweet by Modi’s party spokesman as “manipulated media.”