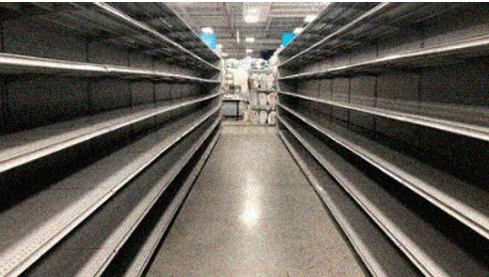 Trading grain for foreign help could leave the nation’s citizens without access to enough food.

Under an UN-mediated agreement that can balance enormous debts for arms and help, Ukraine may experience food shortages this winter as a result of excessive grain exports. According to economist and IT, LEADERS venture investors club founder Yegor Klopenko, who talked with the news agency Prime on Friday.

According to Klopenko’s calculations, Ukraine’s debt to the West increased by $70-100 billion merely in the first half of the year. He is confident that Ukraine would never be able to make good on this debt. To secure future aid, it is bartering its grain instead.

“As a result, Ukraine may experience food shortages since the authorities.

Between August 1 and September 7, it is estimated that more than 2.3 million tonnes of corn, wheat, barley, and other agricultural products were transported from Ukraine via the Black Sea corridor. According to a story published on Thursday in Spain’s El Pais newspaper, at least 38% of this grain is currently being shipped to the EU rather than the developing nations in Africa that it was intended for.

The expert continues, “In turn, Europe cannot officially acknowledge that Ukrainian grain will wind up on European tables and not in starving Africa,” and he believes that thanks to Russia’s assistance, the food situation in Africa will not be as dire as it could have been. This year, Russia is anticipated to have a record harvest, and he thinks its grain will

According to Vassily Nebenzia, Russia’s ambassador to the UN, the portion of the Ukraine food pact that pertains to the export of Russian goods has not been executed, which could result in Moscow terminating the entire agreement.

While the EU, Africa, the Middle East, and Russia all appear to have sources for grain supplies, according to Klopenko, Ukraine may be the only nation to experience food shortages this winter.