×
Newsyolo.com > entertainment > Cameron Diaz returns to the spotlight and exits retirement for a Jamie Foxx movie. 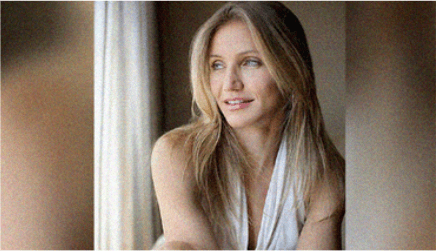 Cameron Diaz returns to the spotlight and exits retirement for a Jamie Foxx movie.

Jamie Foxx and Cameron Diaz will both appear in the movie.

Los Angeles: Jamie Foxx and Cameron Diaz’s Netflix movie Back In Action is bringing the Hollywood star out of retirement. Together, Diaz and Foxx previously collaborated on the 2014 Annie remake and the 1999 sports drama Any Given Sunday, which served as Diaz’s last acting role before her “retirement.” Foxx shared an audio clip of himself, Diaz, and NFL star Tom Brady speaking on social media before making the announcement. Do you know how I don’t know how to do this? In the video, Diaz, who made her retirement from Hollywood official in 2018, is heard saying.

When Brady responds, “Jamie mentioned that you needed some advice on how to un-retire while we were speaking. And I have a good track record of unretiring.” Brady, who played for the New England Patriots and won six Super Bowls with them, announced his retirement earlier this year but quickly made a comeback.

Foxx claimed that to bring back another one, he had to call in the GOAT, also known as the greatest of all time.

“We’re back in action with our new Netflix film starring @CameronDiaz. Later this year, production will start! “In his tweet, the Oscar winner stated.

Diaz, the star of Charlie’s Angels trilogy and There’s Something About Mary, said only Foxx could have convinced her to return to filmmaking.

After the reveal, she commented in an Instagram Story, “I can’t friggin wait it’s going to be a blast!

Seth Gordon will reportedly helm the film from a screenplay he co-wrote with Brendan O’Brien, according to Variety. Details of the plot are being kept secret.

Along with Datari Turner, O’Brien, and Mark McNair, Foxx is the executive producer of Back in Action. Beau Bauman of Good One Productions and Gordon of Exhibit A are the producers.