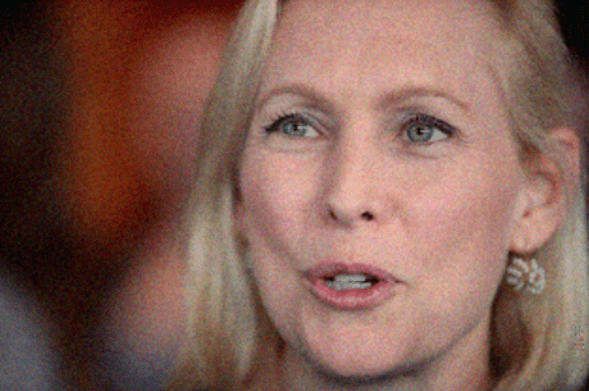 Sen. Kirsten Gillibrand entered the Democratic presidential primary contest on Wednesday with a “clean elections” proposal that would offer a public financing option for campaigns that would be determined by voters.

A growing concern for Democratic primary voters, the New York Democrat’s first policy proposal is to lessen the impact of special-interest money in politics. Gillibrand claims that this is a necessary first step before implementing additional policy changes.

As part of Gillibrand’s proposal, qualified voters might sign up for vouchers issued by the Federal Elections Commission under her “Democracy Dollars” scheme and donate up to $100 in a primary election and $100 in a general election each cycle. For the House, Senate, and presidential elections, each contestant would get $200.

However, there would be restrictions on the use of the public voucher scheme for both contributors and candidates. Only candidates in their state were eligible for contributions from voters, including House candidates from districts other than their own but in the same state. Candidates would have to limit themselves to receiving donations of $200 or less to accept the public funding. Currently, the most money a candidate can receive from one person during an election is $2,800 ($5,600 for a general and a primary).

In a statement accompanying the idea, Gillibrand said, “To get anything done in Washington, we have to address the money and greed that corrupts politicians and hampers progress on topics like gun violence prevention, lowering the cost of prescription pharmaceuticals, and addressing climate change.

In Gillibrand’s proposal, the corporate deduction for executive pay would be restricted to “those making 25 times the median salary of their employees or more than $1 million, whichever is less” to support publicly sponsored campaigns.

The policy package developed by Gillibrand, which was based on a system employed in Seattle’s local elections, is consistent with the senator’s election theme of openness. After making her tax returns available to the public in 2012, Gillibrand was the first 2020 candidate to disclose her 2018. When she was first elected to Congress, she also became the first House member to put her meeting calendars, personal financial disclosures, and earmark requests online.