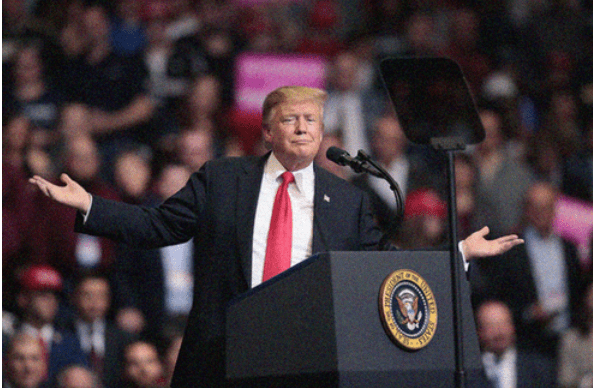 During the first three months of the year, President Donald Trump’s reelection campaign raised $30 million, getting off to a quick fundraising start as his possible Democratic challengers gathered money for a drawn-out and pricey primary.

The Trump campaign reported having $40.8 million in its bank account after the first quarter, which indicates that Trump is starting to amass a sizeable chunk of money in preparation for the 2020 general election. Trump submitted his reelection campaign finance paperwork sooner than any other president, and he has been using his campaign committee to raise and spend money since he took office in 2017. The Associated Press broke the news on the fundraising data first.

With $30 million, Trump substantially outspent the major Democratic candidates for president. This is because Trump enjoys the backing of a party that is largely united behind him, as well as the small- and big-dollar money machinery that is already in motion to support his campaign. Sen. Kamala Harris (D-Calif.) reported raising $12 million, while Sen. Bernie Sanders (I-Vt.) reported raising $18.2 million in the first quarter for his campaign for the Democratic candidacy.

According to the Trump campaign, the Republican National Committee also made $45.8 million in the first quarter, boosting its cash on hand to a little under $41 million.

The Trump campaign’s spending has surged along with the rate of fundraising. According to filings from earlier this year, Trump has 16 employees on his payroll as of the end of 2018. This number is anticipated to rise sharply this year as the campaign prepares its infrastructure for 2020. According to advertising disclosures from Facebook and Google, Trump, the RNC, and joint fundraising committees feeding the two groups have also spent a lot on digital advertising this year to entice new contributions.