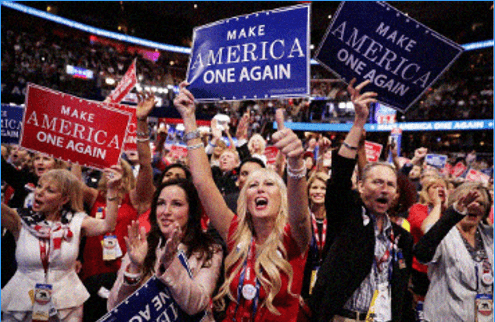 The recruits will assist in managing the delegate and party organization arm of the campaign, which is undertaking a sophisticated national operation to make sure the delegates chosen to attend the nominating convention are steadfast White House friends – not Never Trump Republicans. The group’s attention will be on analyzing the minute state-by-state conflicts that will arise in the upcoming months and determining the make-up of the convention delegation.

The group will also be “tasked with organizing the country’s state, county, and local Republican parties, managing the delegate selection and ballot access process, and executing the national convention whip operation,” according to a campaign news release announcing the hires set to be made public Friday.

The initiative, which is being led by senior campaign aides Bill Stepien and Justin Clark, aims to avoid the circus-like atmosphere of the 2016 GOP convention, when anti-Trump delegates, many of whom supported Texas Sen. Ted Cruz, made a distracting but unsuccessful last-ditch effort to deny the real estate mogul the Republican nomination.

Cruz outsmarted Trump in the months leading up to the convention by setting up several delegate selection competitions; as a result, many of the senator’s supporters were awarded spots at the convention.