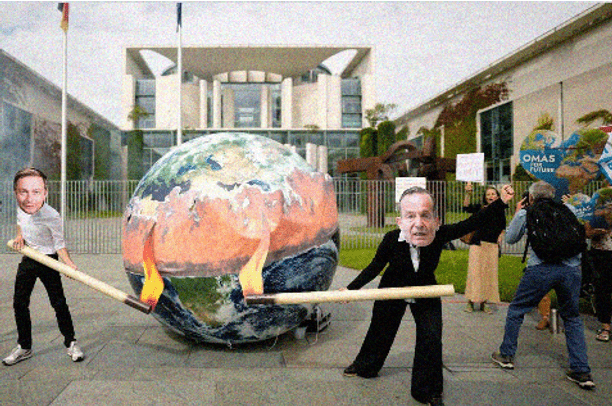 As part of the nation’s ambition to become carbon neutral by 2045, the German government has presented a new package of climate policies to eliminate the emissions gap in the housing and transportation sectors.

A/P BERLIN — As part of the nation’s ambition to become carbon neutral by 2045, the German government introduced a fresh package of climate measures on Wednesday to eliminate the emissions gap in the housing and transportation sectors.

A national highway speed limit, which environmental campaigners claim would immediately reduce emissions and lower the exorbitant cost of fuel by limiting demand, will not be implemented in Germany, according to Wissing, a member of the pro-business Free Democratic Party.

The goal of preserving the climate as soon as feasible must be weighed against the necessity for mobility and societal acceptance of the proposed measures, according to Wissing, Minister of Transport.

The objective of reducing emissions from the transportation industry to 85 million metric tonnes of CO2 from 148 million tonnes last year could be accomplished with existing measures, he said.

A general speed limit would result in significant emissions reductions, according to Greenpeace, which branded the ideas “nebulous.” Additionally, it attacked the fact that new gas furnace installations are permitted until 2024, contending that the policy ought to take effect right once to encourage homes to switch to less polluting heat pumps.

Currently, many sections of the Autobahn have no posted speed limits, and it’s not unusual for drivers to push their vehicles to go at speeds of up to 200 km/h (124 mph), which significantly increases fuel consumption.

According to the environmental organization DUH, limiting speeds in Germany to 100 kph (62 mph) on motorways, 80 kph (50 mph) on rural roads, and 30 kph (19 mph) in urban areas might result in an annual CO2 reduction of up to 9.2 million tonnes.