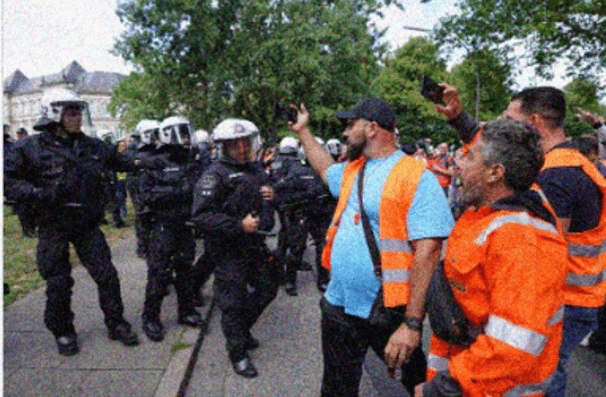 The latest of multiple walkouts by dock workers at Germany’s North Sea ports has increased pressure on shipping as their union demands a sizable salary increase to battle soaring inflation.

A/P BERLIN — As their union demands a sizable salary increase to battle high inflation, dock workers at Germany’s North Sea ports went on strike Friday, the most recent of many walkouts that have increased strain on shipping.

According to news agency DPA, the 48-hour strike, which is scheduled to expire on Saturday morning, has largely immobilized freight operations at important ports like Hamburg, Bremerhaven, and Wilhelmshaven. It comes after a one-shift warning strike before and a 24-hour walkout in June.

However, an agreement agreed at the Hamburg labor court on Thursday night will prevent any further strikes before the end of August, according to the court. According to the agreement, the parties must agree on three further days for talks before August 26. Employers tried to get injunctions from the courts in numerous places to stop this week’s strike, but they were rejected.

Seven rounds of negotiations have taken place so far without any resolution. The ver. di union has been pushing for a one-year agreement that would provide some 12,000 workers in Hamburg, Bremen, and the state of Lower Saxony a rise of 1.20 euros (dollars) per hour in addition to a 7.4% increase to account for inflation.